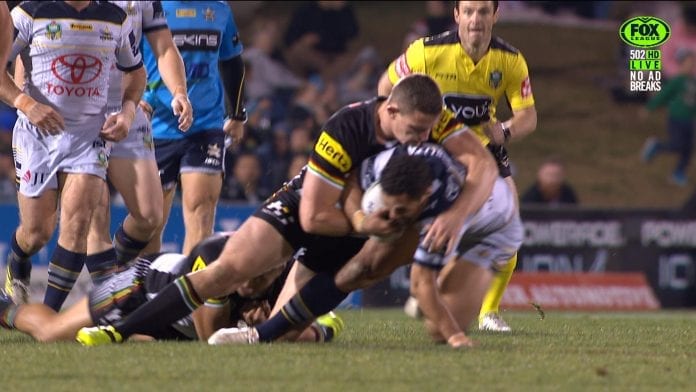 The North Queensland Cowboys already have a wealth of talent on the sidelines and Justin O'Neill will be joining them after suffering a nasty elbow injury in the match against the Panthers.

O'Neill fell awkwardly while being tackled and had his arm bend at an angle that is just not natural.

It was immediately apparent that O'Neill was in a lot of pain and trainers were quickly on the field to assist.

You can watch the incident below but be warned, it's not pretty!

Early reports suggest that O'Neill has suffered a dislocated elbow which generally has a 4-6 week recovery period. This can be much longer though if there is a fracture involved.

Looks to be a nasty elbow injury. He is leaving the field as Asiata prepares to come on. #NRLPanthersCowboys #ridemcowboys