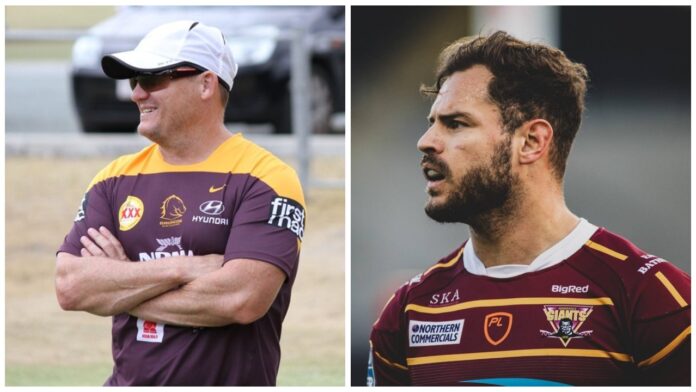 Broncos coach Kevin Walters has confirmed the club will land a seasoned playmaker in the near future to boost their halves stocks for 2022.

Brisbane have been a key member of this year's player market, showing progressive interest in several high-profile players, whilst also losing young half Tom Dearden to the Cowboys from next year.

South Sydney captain Adam Reynolds has been closely linked to the Broncos, but is tipped to remain in Sydney in a move to Cronulla on a three-year, $2.4 million deal.

TRANSFER NEWS: Eels up their bid for Origin star

Mitch Moses and Shaun Johnson have also been linked to Brisbane, with the latter seen as the more likely landing target for Walters despite Moses being seen as their top priority.

The Parramatta star is sure to be on the end of a lucrative offer from Brisbane, with The Sydney Morning Herald's Adam Webster believing the Broncos' best bid is likely to exceed that of the Eels.

“There is a lot of expectation that the Broncos are going to be quite active in the halfback market after letting Tom Dearden go,” Webster said.

“Mitchell Moses is talking to the Eels at the moment… but their concern is that they’re going to get blown out of the water money-wise by the Broncos.”

As reported by The Courier Mail, the Broncos have held talks with Johnson in hope of luring the New Zealand international north of the Tweed.

Speaking to News Corp, the Broncos coach stated his confidence in landing a big fish.

“The plan is to get someone (an established playmaker) and I believe we will," Walters said.

“I won’t name names but, yes, I’m after an experienced playmaker. That’s my priority and that’s what I am looking for.

“I’m certainly looking at a number of playmakers.

“Everyone can see we need an experienced playmaker and I’m going to the market.”

It is understood that English Super League duo Gareth Widdop and Aidan Sezer have been tabled to the Broncos.

Widdop, who played close to 200 NRL games with the Dragons and Storm, has previously pleaded his case for a return to Australia in hope of being closer to his family.

The English international has also flagged the possibility of taking on a cut-price deal to move down under should a suitor find the 32-year-old's services desirable.

Sezer, 29, departed the Raiders at the end of the 2019 season in favour of the Huddersfield Giants and remains contracted to the West Yorkshire club for the upcoming season.