North Queensland Cowboys gun forward Jeremiah Nanai has revealed that he wants to remain in Townsville for the rest of his life.

The forward was hot property on the NRL's transfer market earlier this year, with a number of clubs - including the Dolphins, Tigers and Knights among others - all reportedly interested in the star.

While his price was driven up, he ultimately decided to stick with the North Queensland Cowboys, however, backing the fact his price was going to rise again, he only signed a one-year extension.

And that is exactly what has happened.

A breakout season which has seen Nanai included in Queensland's State of Origin team and become one of the most lethal attacking forwards in the competition will see his price rise again, despite the fact he is only 19 years of age.

An eligibility dispute between Australia and New Zealand also broke out for Nanai before he ultimately elected to commit to Queensland and Australia.

Despite the likely rush for his services again if he isn't contracted to the Cowboys beyond the end of 2023 by November 1, Nanai has told The Sydney Morning Herald that he wants to extend his stay at the Cowboys.

Speaking to the publication - with reports suggesting he could command $750,000 or more per season on his next deal, Nanai said he wants to stay at the club, who have been in excellent form this season and currently sit in second place on the competition table.

“Hopefully, fingers crossed, I’d love to stay in Townsville for the rest of my life,” Nanai told the publication. 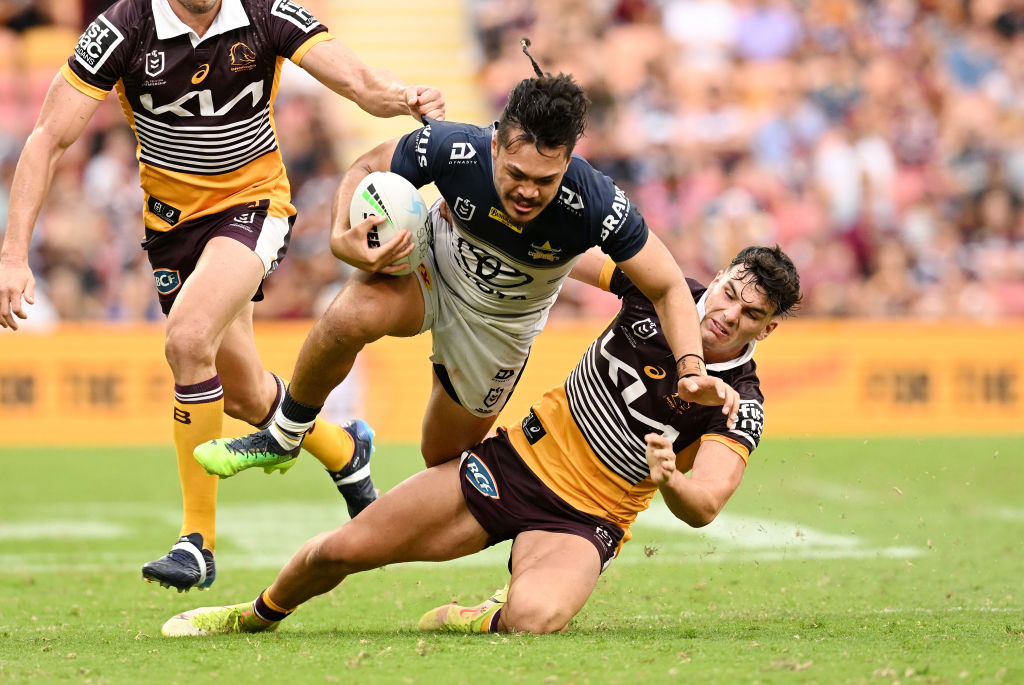 “The club’s been good to me and I’d like to get another contract with them. We’ll see how we go.

“The contract talks at the start of the year, I wanted to leave it to my manager and he looked after me.

“It didn’t really get in my head, I wanted to wait and we agreed to wait those first few weeks of the season to see how I went.

“After that I just wanted to get it signed and stay put. It was only one more year just to take that pressure off, just to get it away and then come back with a bit more footy under my belt.”

His push to stay in Townsville comes as he locks up a second row spot despite the arrival of Luciano Leilua, who will likely start alongside him in 2023 ahead of the impending departure of Tom Gilbert to the Dolphins.