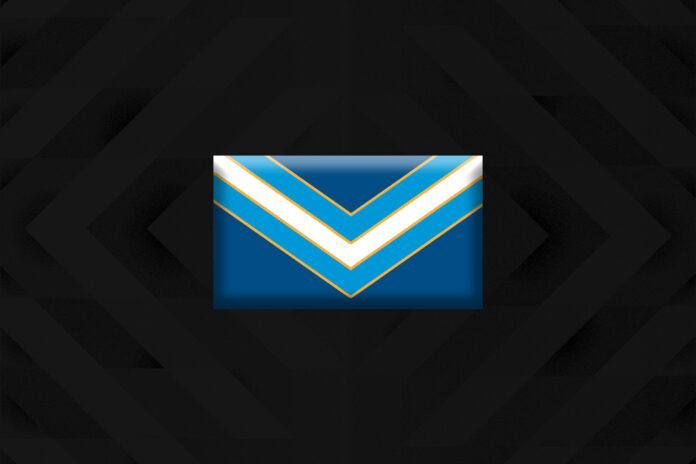 There are serious concerns for Gold Coast Titans dummy half Aaron Booth after the 26-year-old suffered a shocking knee injury in the Titans’ loss to the Melbourne Storm on Friday night.

Booth was attempting to tackle Storm five-eighth Cooper Johns when his knee appeared to collapse underneath him, with disturbing footage of the incident making its way around the internet.

An initial x-ray confirmed a small break and dislocation, and it’s believed the results of an MRI on Saturday will be even worse, with the player telling Fox Sports Lara Pitt he’s expecting bad news.

Just spoke to a devastated Aaron Booth- said he felt tibia dislocate and pop back in on field. X-ray tonight revealed small break, and with zero stability he expects MRI tomorrow to show rupture of ACL, MCL & PCL. Awful!

Booth moved to the Titans from Melbourne at the start of the year and had just recently broken into coach Justin Holbrook’s first team, impressing in his first three outings despite being unable to turn around the club’s poor run of recent form.

“I feel for Boothy,” Holbrook said after the game.

“He’s fought really hard to get his shot this year. (The injury) is going to be really nasty for him, unfortunately.

“It’s really bad for him. He’s done everything you could do to it. He’s dislocated it and he’s done lots of other stuff.

Nasty left knee injury for Aaron Booth, contact caused knee to collapse in significantly. Brings concern for stretching/tearing of medial knee structures (MCL) & possibility of fracture due to contact. Damage to ACL can’t be ruled out considering amount of medial force. 🤞for him pic.twitter.com/BDqeSwx6jA

Erin Clark will likely slip back into the No.9 for the remainder of the Titans’ 2022 campaign, having filled the role prior to Booth’s promotion.

Following the loss to Melbourne the Titans are firmly rooted at the bottom of the ladder, mired in a 10-game losing streak.