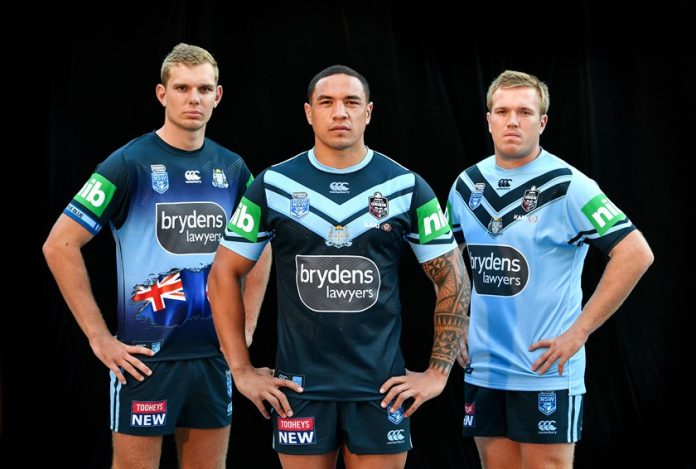 The NSW Blues have unveiled the first ever alternate jersey in the State of Origin’s history.

Blues coach Brad Fittler revealed the club’s new strip at The Star on Thursday night which was designed by Canterbury of New Zealand, revealing a new navy look while still integrating the tradition sky blue.

“The fact is now you can get an advantage out of your jersey,” Fittler told NSWRL.com.au.

“Teams have obviously been working at ways to make them tighter.

“This jersey is as innovative as NSW and how we’re thinking and I think it’s the perfect fit.”

The strip has been designed to provide players with a physical advantage on the field, incorporating external stretch tape on the back for more mobility and a raglan rear sleeve construction.

Fittler was hopeful that fans would be pleased with the new look and embrace the change.

“You’ve always got to evolve without a doubt,” Fittler said.

“There have been other strips that have been used in the past.

“I’ve played in jerseys that were half dark with stripes and half sky blue.

“It’s just a matter of doing it for the right reasons … the fact we’re going to Perth for the first time – I’ve seen the venue where we’re playing, it’s sold out, so that’s great – and the strip looks awesome.

“I think at that venue at night it’s going to look absolutely brilliant.”

The Blues coach emphasised the importance of the jersey to his players and was confident they would welcome the alternate strip for one game in the 2019 series.

“To me Rugby League has always been about the jersey,” Fittler said.

“It’s the most important thing.

“Obviously it’s going to be contentious, and people are going to talk about it for different reasons, but it’s the first Origin game in Perth and what a great way to respect the situation and give it its first ever jumper.”