The Newcastle Knights, coming off a frustrating season, will look to rejuvenate things in 2022, but a big exit from the club has left a head-scratcher at the selection table.

It might seem a weird comment to make - a club making the finals having a frustrating season - but there is a real feeling that it should have been so much more for the men from the Hunter and their success-starved fans.

The fact they made the top eight with the second-worst attacking record in the competition during what was a record-breaking high-scoring season is testament to the attitude they played with on a weekly basis.

What it isn’t a testament too though is a good attacking structure or any clear idea of how to score points.

That is a constant theme in selecting their best 17 for 2022, and something coach Adam O’Brien must address from the get-go. 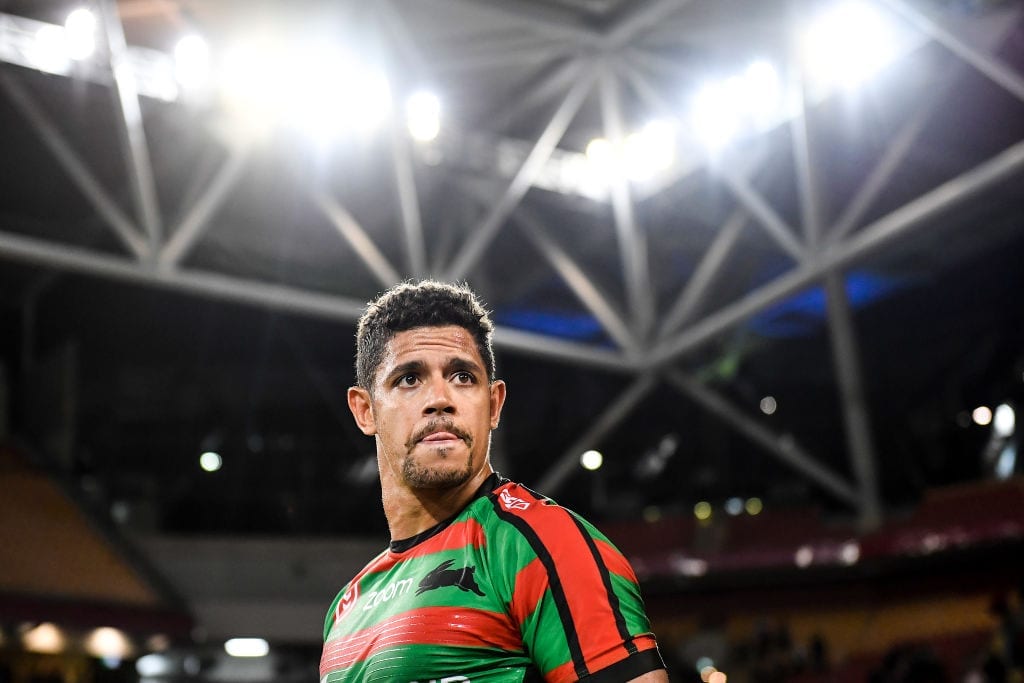 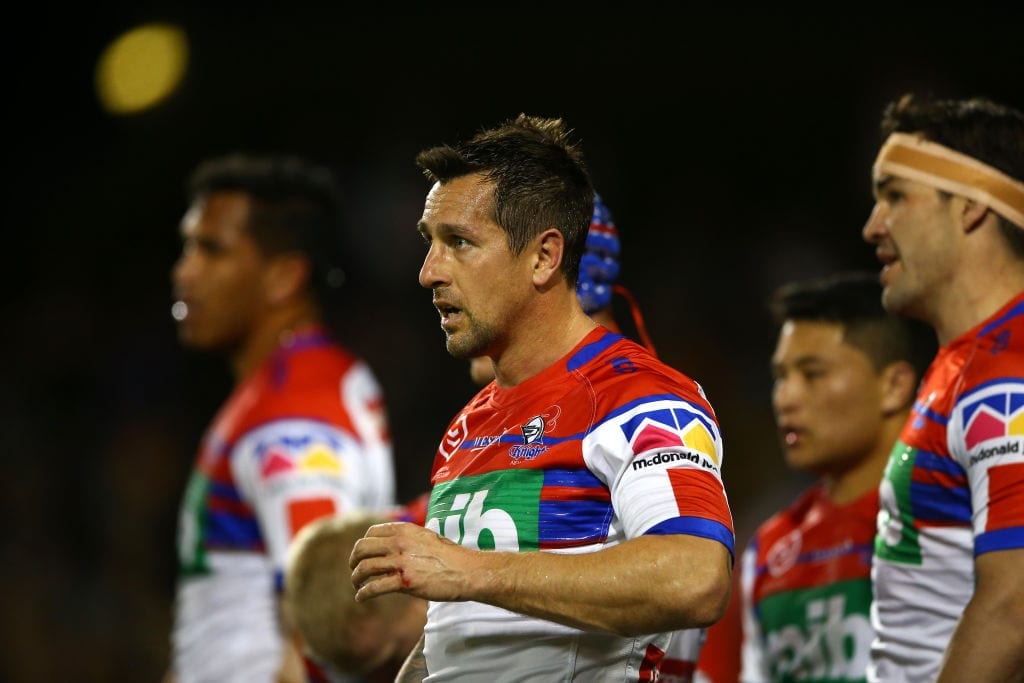 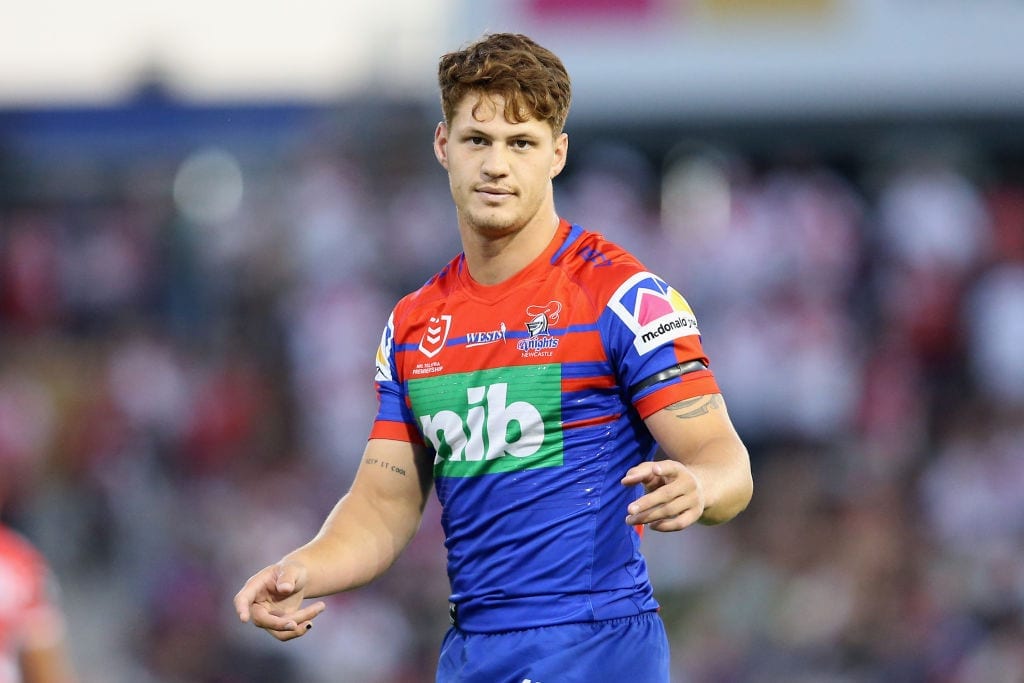 Fullback
Kalyn Ponga is one of the best fullbacks in the game and will line up in the number one jumper again for the Knights as the 2022 season commences.

He struggled with injury through 2021, and it impacted the Knights enormously, going to show just how important he is to their cause of winning games and scoring points.

Should Ponga end up injured, then the depth doesn't look all that good at the back. Tex Hoy is likely to once again be the deputy. Bailey Hodgson could also push for a debut this season.

At a pinch, players like Dominic Young, Kurt Mann, or even Dane Gagai could potentially fill in, although none of those options are ideal.

Wingers
12 months ago, there were significant questions surrounding who would line up on the wings for the Newcastle Knights.

Heading into 2022 though, that question has been erased. Enari Tuala, formerly a centre, made the move out wide in the final six rounds last year, and including the final against Parramatta, scored 11 tries in seven games.

He was a breath of fresh air out wide for the Knights and will retain his spot for 2022.

Hymel Hunt made 17 appearances on the wing last year and is likely to take the other spot, although Dominic Young could yet mount a case for a spot after playing a handful of games last year which was his first in the NRL. Centres
The centres may be the easiest position in the team to pick. Dane Gagai has quite clearly arrived to take a spot in the centres, while Bradman Best won't be dropped anytime soon.

Gagai is one of the best centres in the competition. He was part of the fearsome left edge at the Rabbitohs playing outside the likes of Damien Cook and Cody Walker, and with Alex Johnston as his winger.

He has already flagged that he will move to the right-hand side to accommodate Bradman Best continuing in his left-side role.

Behind the starting options, the depth looks a little thin once again. Brayden Musgrove could play in the centres, while Dominic Young can also play in the three or four jumper. Kurt Mann also spent plenty of time in the centres last year, although it's unclear where he fits to start 2022.

Halves
One half of the Knights' halves pairing is settled - Jake Clifford will retain the spot he gained immediately upon moving from the Cowboys to the Knights in the middle of the year.

The other spot could go to any number of options. Phoenix Crossland, Kurt Mann, Simi Sasagi and Adam Clune are all in the mix for the spot.

Sasagi is one of the most talented youngsters in the game and probably only needs an opportunity to make this spot his own, but for now, it's unclear when that may come.

But the other options simply don't come with a lot of confidence. Adam O'Brien has reportedly been turning Crossland into a bench utility, while Mann was tried time and time again in the halves without great success.

He may not start Round 1, but Sasagi is the man. 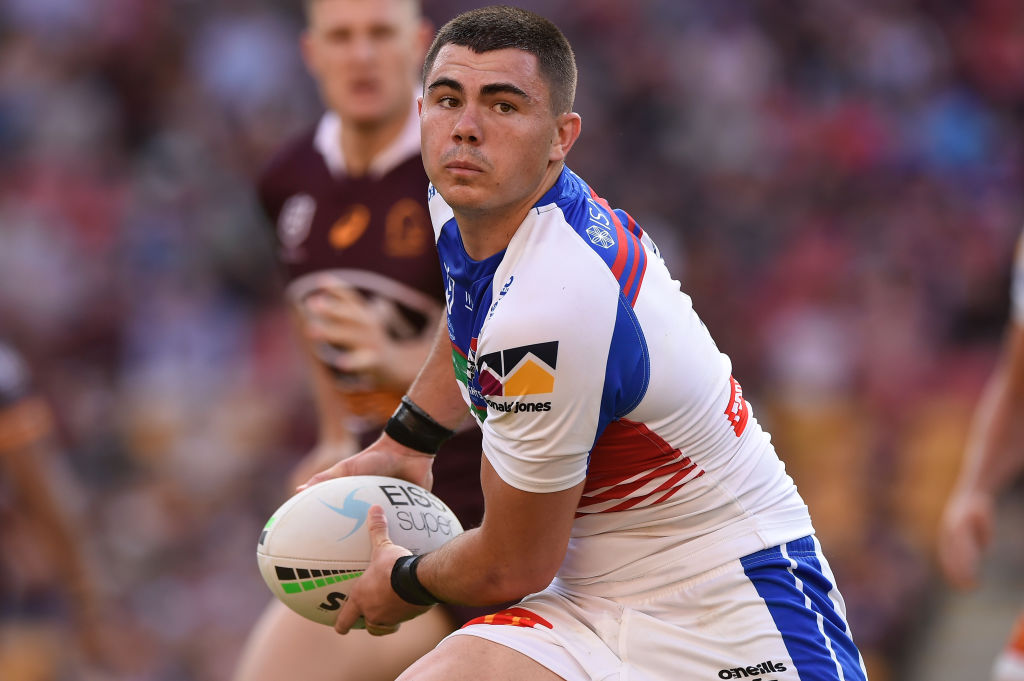 Middle forwards
There are three big names competing for the number eight and ten jerseys at the Knights. What seemed to work for a significant stretch last year though was having David Klemmer come off the bench.

He wants to be starting and it could cost the club the star prop by the time the year is out, with the Saifiti brothers both locked in on long term contracts.

Still, they will start, with Klemmer to come from the bench in what is a representative calibre front-row.

Mitch Barnett seems to be the undisputed lock for the Knights, while the back-up brigade is led by the likes of Sausaso Sue and Pasami Saulo, while Jirah Momoisea's constant improvement will make him one to watch out for this year.

Hooker
With Jayden Brailey set to miss at least half the season, it's unfortunately impossible to name him in this side.

It means his back-up, Chris Randall, will take the number nine jersey to start the season and will look to make a name for himself.

He is excellent in defence and will look to flesh out his attacking game over the first half of the season with a prolonged shot on his new top 30 contract. 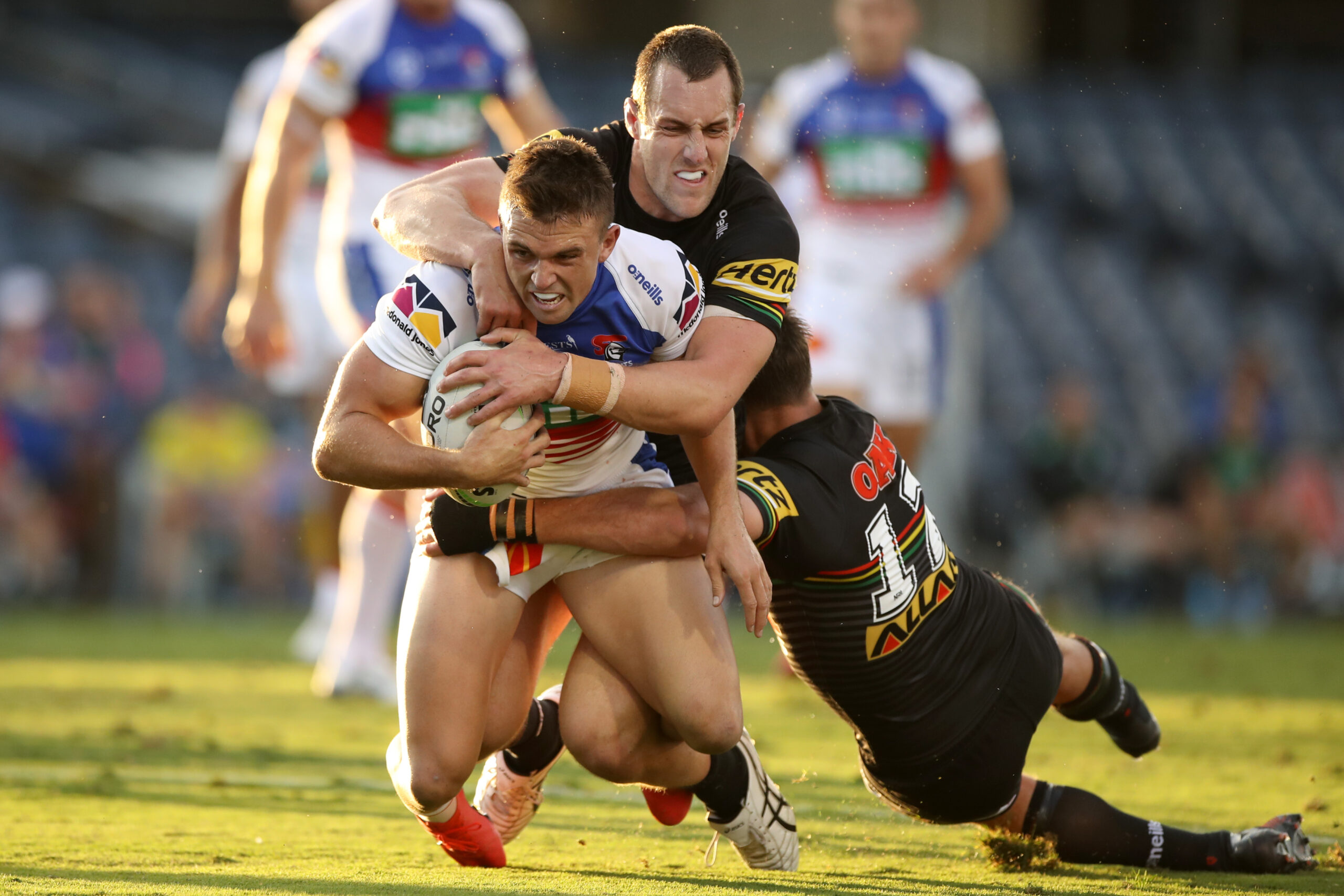 Second-row
The second-row is led by Tyson Frizell. The Origin star might struggle for consistency at times, but when he puts all the pieces together for 80 minutes, there are few edge forwards who can match what he brings to the team.

Lachlan Fitzgibbon is the incumbent for the other starting spot and may well be picked there by O'Brien, but it's hard to say whether it's the correct option or not.

Brodie Jones was impressive last year in the opportunities he got, and could well overtake Fitzgibbon in the queue, while Jack Johns also provides strong back-up.

Interchange
The bench utility will be Kurt Mann. He provides plenty of versatility, although, if reports are to believed, Crossland bulking up and learning to play lock could mean he ends up being the ideal Connor Watson replacement.

Klemmer is the first man picked to the bench otherwise.

The remaining two spots should go the way of Brodie Jones and a prop. Who that prop might be is up for debate, Sauaso Sue just has the edge over Pasami Saulo and Jirah Momoisea.