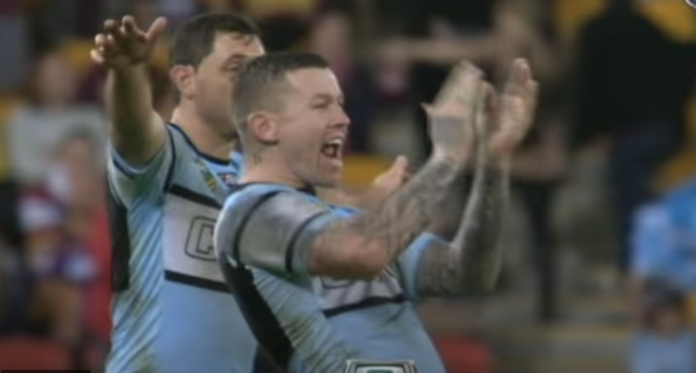 The Warriors set a new club record for their biggest-ever comeback on last Saturday, recovering from a 21-point deficit during the second half to snatch an unforgettable – and controversial – 34-31 victory in Canberra.

Roger Tuivasa-Sheck’s match-saving play to jolt the ball free from a try-line-bound Jordan Rapana capped one of the wildest matches in recent memory.

In the second edition of Zero Tackle’s Top 8, WILL EVANS from This Warriors Life counts down the most miraculous comebacks of the NRL era.

A surging comeback from the Bulldogs in front of parochial Newcastle crowd was iced by one of the most famous pressure kicks in premiership history.

At the tail-end of a 17-match winning streak in 2002, the Bulldogs trailed an Andrew Johns-inspired Newcastle side 19-0 at halftime. Bulldogs five Braith Anasta sparked the revival – two of his kicks led to tries, while a superb long pass resulted in another.

A no-try ruling against workhorse forward Steve Reardon with four minutes left appeared to cruel the Bulldogs’ comeback with the score at 21-16. But when the Knights ran out of defenders in the final minute, Bulldogs fullback Luke Patten slid over in the corner to leave Hazem El Masri with an opportunity to win the match after the siren.

Setting the ball up metres from a baying pro-Knights crowd and with a swirling breeze to contend with, ‘El Magic’ stepped up and curled a spine-tingling conversion through the posts to snatch a legendary victory.