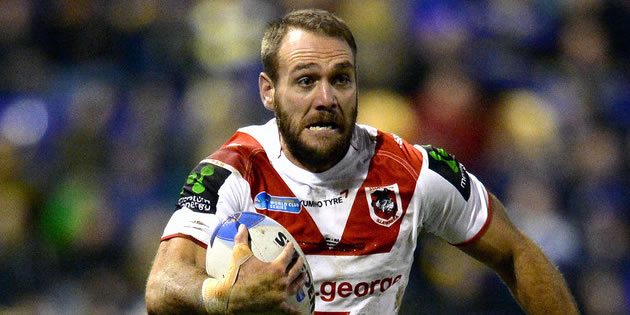 With so much talk about who is going where and who needs what, I’ve put all the top off-contract players in the one place. Of course your lists will be different but in my personal opinion these are the players that are the best in there class. I could re-order these lists over and over again and still not be satisfied, but I did take representative accolades into account. There is always the debate of potential to proven ability but I think I have found the right balance between the two.

1. Alex Johnston: At just 20 years of age Johnston has quickly established himself as a freakish athlete with a phenomenal try scoring record; in just 18 games Johnston racked up 21 tries! An incredible talent, Johnston has the speed and height to become one of the best outside backs in the game. An integral part of the Rabbitohs formidable back line it will be hard to see them releasing the young winger but, there will be offers incredibly hard to resist. The young flyer will have to prove himself in his second season as he is now a known commodity and will be watched very closely by defences.

2. Jason Nightingale: The Dragons flyer is an exceptional finisher and in my opinion the best available this season. With 81 tries in 182 games for the Dragons his try scoring prowess is staying very much in-tact. Coming off a season where he equaled his best 16 tries he remains one of the games best. At 28 years of age Nightingale still has 3 good years left in him and will almost certainly leave the Red V due to salary cap restraints. Nightingale is equally versed as a fullback however his best position is on the end of a back-line movement. It will be interesting to see how he adjusts being the dragons number 1 target without Brett Morris on the other side.

3. Dane Gagai: The 24 year old centre has plenty of football ahead of him, although he has never lived up to expectation, he has been a solid centre for Newcastle in recent years. Gagai’s defence is his biggest flaw but does have the frame to be a powerful force on the edge in attack and defence. Last season was the best of his career and the centre looks like he still has room for improvement. Gagai is a gifted speedster with a wicked offload and would be a valuable pick up for almost every club. Brisbane look to be the favourites for his signature.

4. Will Hopoate: The Parramatta centre turned fullback is currently filling some big shoes. He is showing glimpses of brilliance which was clearly enough to warrant a return to the origin arena. Playing fullback is like being a second five-eighth. Hopoate does need to improve his defensive reads and playmaking slightly to become a true “Modern-Day” fullback, but, at just 22, the Eels incumbent could potentially be one of the games best. It is early days at Parra but the talented back could lock down the number 1 jersey if he continues to play as well as he has been. Look for the young-gun to extend his stay at the Eels.

5. Sione Matautai: 18 years of age, an Australian jersey, all the potential in the world, but not starting for Newcastle. There are plenty of players I could of put ahead of Sione but from what I saw last year he is way too hard to overlook, just 8 first grade games but 7 tries he can certainly find the line. He is a very talented player and has the versatility to handle any position in the backs. He has plenty to offer a side but also needs plenty of guidance. This pick you could say, is based on potential, but this kid is incredibly talented and would make a difference to any NRL side. It remains a tug-of-war between the Bulldogs and Knights for his services in 2016.