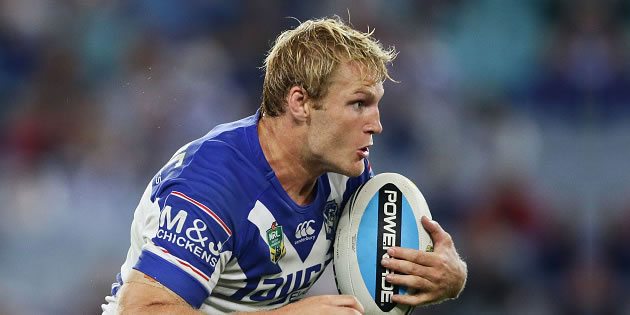 Aiden Tolman has today discussed his future and rumours about him linking with the Newcastle Knights.

Tolman still has two years to run on his current contract, but in recent weeks there have been rumours linking him with a move to the Newcastle Knights, but the forward today expressed his love for the Bulldogs and that speculation is something that happens all the time in this industry.

“I‘ve obviously got two years left here and all that other stuff is out of my control,” said Tolman.

“I love the club. I just need to keep playing good footy for the club and I would much rather concentrate on stuff on the field, than off the field.

“Speculation and names get tossed up all the time and there are obviously some key players the club want to keep here over the next couple of years and unfortunately my name has been tossed around as one player to move on, but I can’t control that and for me it’s about playing footy for the Dogs.”