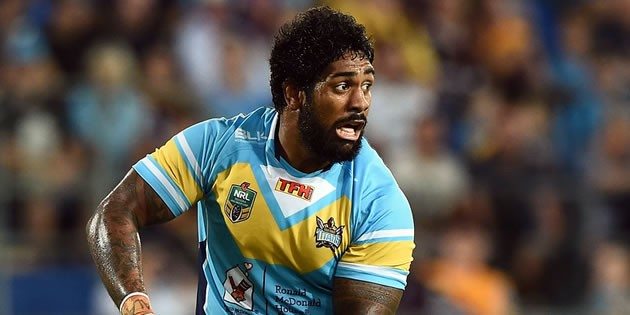 The Gold Coast Titans have retained key forwards Eddy Pettybourne and Agnatius Paasi for another two seasons in recognition of their fine form in 2015.

Pettybourne, the 27-year-old Kiwi-born forward who has played 117 NRL games, had joined the club on a one-year deal after he returned to Australia for compassionate reasons after a successful season with Wigan and he has quickly become an important member of the Titans pack.

“Eddie a late acquisition from Wigan as an experienced NRL player and has provided not only experience but good energy, leg speed and power to our forwards,” said head coach Neil Henry.

“He is also a good role model in the club. He backed himself with a one-year deal and has been able to convert that into a longer term stay here at the Titans.”

Paasi, 24, came to the Gold Coast last November and had to trial for a contract but his early form saw him signed for this season. He has gone onto play nine NRL games, despite missing over a month with a foot injury, and the new contract is a fitting reward.