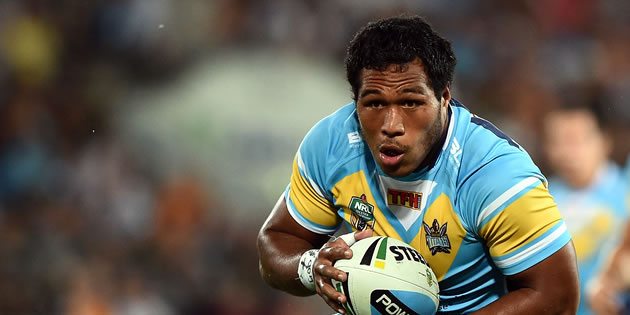 Gold Coast Titans prop Agnatius Paasi is poised to earn a two-year contract extension amid uncertainty around the future of captain Nate Myles.

The former New Zealand Warrior has come to life at the Titans since joining the club at the start of the year and his career-best form is set to be rewarded.

Paasi’s manager Simon Mamm­ino said the club was interested in extending Paasi’s current deal and he would meet the Titans this week.

“Agnatius is really happy and the work being done by the Titans is ­really positive,” Mamm­ino said.