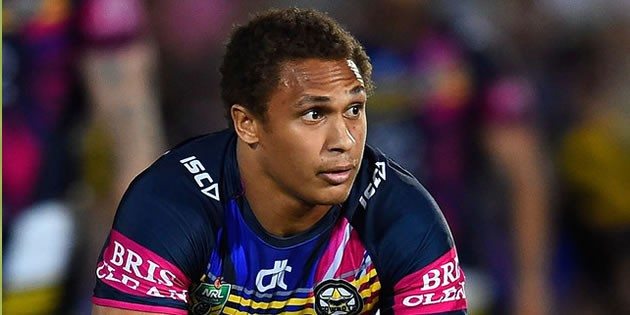 Ray Thompson has extended his contract with the North Queensland Toyota Cowboys by two years, the club announced today.

Thompson, 25, has re-signed until the end of the 2017 season, continuing his long association with the Cowboys, where he made his NRL debut in round 26, 2009 against the Sydney Roosters.

Currently injured after fracturing his cheekbone in the team’s round 13 win over the Eels, Thompson has played 94 NRL games over seven seasons, and was thrilled to be remaining in Cowboys colours.

“Absolutely it’s a great feeling to be able to continue my time at the Cowboys,” Thompson said.

“We (Thompson and partner Sabrina Galliozzi) have a baby on the way and being around the family with a club that’s always done the right thing by me is just fantastic.

“I’m really grateful to continue at the club for another two years.”

Roosters
ROUND 20 STATS
101
All Run Metres
58
Tackles Made