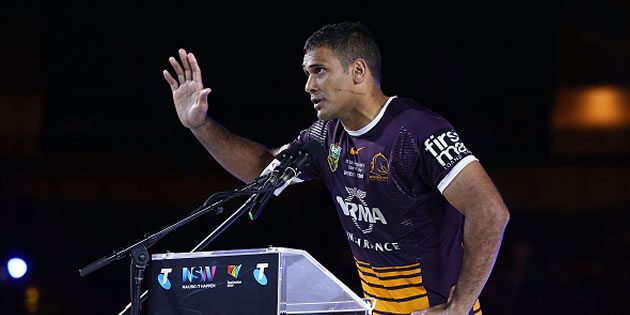 The 2015 season has come to a close and with it, the end of some fantastic rugby league careers. To celebrate, we’ve compiled a team from the retiring players.

There is a definite weakness in the halves, with utility David Stagg and veteran centre Beau Champion having to guide the team around the park. Little known fact, Champion has actually played 9 NRL games in the halves.

Veteran forward Ben Lowe is also forced to play out of position, partnering Queensland and Broncos star Justin Hodges in the centres.

Plenty of experience and size in the forward pack though with a strong bench to boot.

Do you think they any of them could still compete in the NRL or have they all made the right decision to hang up the boots?