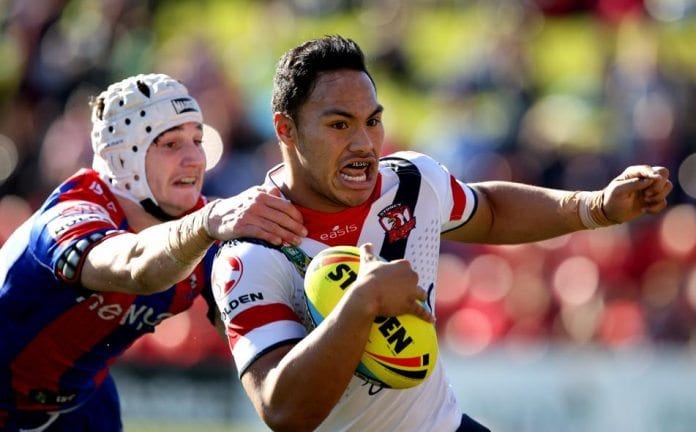 Every NRL season we see rugby league legends retire. But with every retiring player in the NRL, another player debuts. Next season is set to be no different, as we analyse your team’s best youngster yet to debut.

Seve joined Brisbane at the start of 2016 after spending his Holden Cup career with the Wests Tigers. Known for his lightning speed, Seve is a bolter for Jack Reed’s vacant left centre spot, though he’ll need to contend with new recruits David Mead, Tautau Moga and Benji Marshall for a backline spot.

Kato Ottio is a rugby league oddity. Despite failing to feature in the NRL so far in his career, Ottio has played for his country, Papua New Guinea, on two occasions. Spending the entirety of 2016 in the Intrust Super Cup, the winger scored 28 tries in just 21 tries. Despite Canberra having a strong backline, the exit of depth players Brenko Lee and Sisa Waqa opens the door for Ottio to debut in 2017.

Brad Abbey was touted as ‘the next big thing’ in the Holden Cup during his time with the New Zealand Warriors. Originally heralded as being the Bulldog’s first proper fullback since Ben Barba, with Sam Perrett and Brett Morris filling in over the 2014 and 2015 season. Instead, the late signing of Will Hopoate saw Abbey languish in reserve grade last season. With the exits of Sam Perrett and Curtis Rona, the door is open for Hopoate to return to the centres and Abbey to earn the custodian role.

Jayden Brailey looks destined to feature in the NRL in 2017 after claiming the Dally M Holden Cup Player of the Year this season. The retirement of Michael Ennis coupled with the departure of Matt McIllwrick opens the door wide open for Brailey to battle it out with new recruits Dan Mortimer and Manaia Cherrington, which should see Brailey feature at some part of the season for Cronulla.

It’s not often someone gets compared to Petero Civoniceva, but Ben Nakubuwai is set to etch his own name into rugby league in 2017. After making his international debut in 2016, featuring in two matches for Fiji, Nakubuwai will aim to play in his maiden first-grade grade next season after departing the Melbourne Storm for the Gold Coast. Standing at 194cm tall and weighing in at 108kgs, Nakubuwai is short odds to feature in the NRL in the near future. 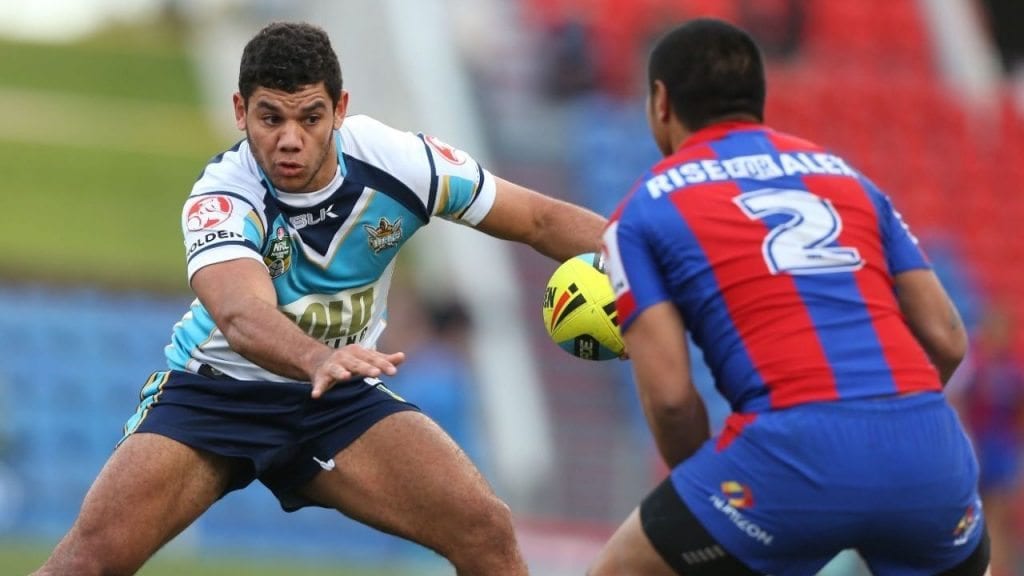 Manly have pulled out a pre-season coup by snaring Brian Kelly from the Gold Coast on a two-year deal. The revolving door of player movements continues to go in full swing at Brookvale, with the expected retirements of Manly legends Brett Stewart and Steve Matai to open the door for a backline spot next season. With Jorge Taufua not guaranteed to be at the Northern Beaches next year, the door is wide open for the speedster to begin his NRL career in 2017. 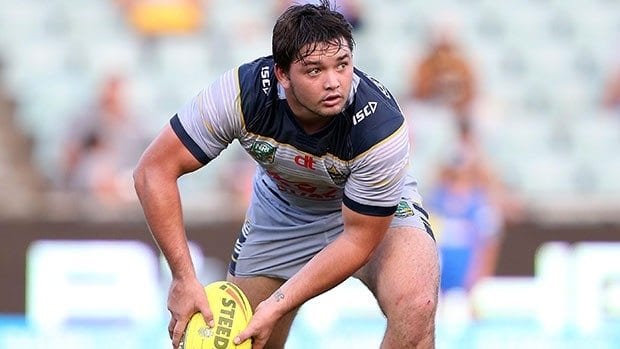 Another season gone, another year older. That’s the case facing Melbourne’s ‘Big Three’ in 2017, but Brandon Smith may be the last piece of the puzzle for the Storm. With Cameron Munster a more than able replacement for Slater and young Brodie Croft tipped to replace Cronk when they retire, the Storm has pulled off a big coup by snaring Smith from the Cowboys to replace their own Smith, the Melbourne, Queensland and Kangaroos skipper. While Cameron Smith rarely gets injured, Brandon will have his opportunity come Origin time, with Melbourne fans set to get their first glimpse to the future.

It’s not often Melbourne lose a player they want to keep, but the Warriors managed to accomplish that rare feat by poaching Nicoll-Klokstad at the start of this season. While Solomone Kata has a lock on the left centre spot, Kata’s centre partner is yet to be determined with Blake Ayshford and Tui Lolohea both jostling for the spot. If Nicoll-Klokstad does manage to snare the spot, he’ll look to continue his combination with David Fusitu’a that he formed in the Intrust Super Premiership, where he was named in the competition’s team of the year.

After a horror 2016 season, it’s hard to find a youngster around the club that hasn’t featured in first-grade yet. A year that saw them only pick up a singular win, the Knights debuted over ten players in 2016, but young lock Luke Yates surprisingly remains uncapped heading into the upcoming season. While he’s a little small for a modern-day forward, 92kgs and only 180cm tall, his work rate can’t be questioned. With former international Jeremy Smith having retired, the race for the starting lock spot is wide open. 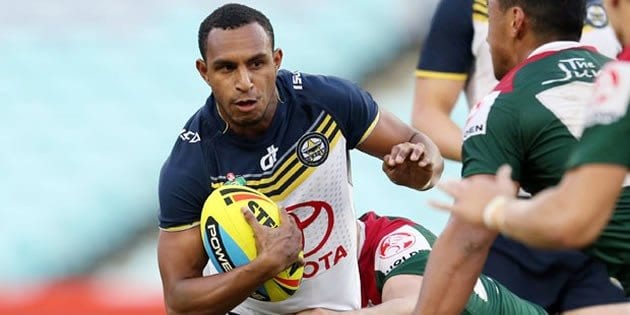 He holds the record for scoring the most tries in a Holden Cup season, and Gideon Mosby-Gela looks set to premier his talents on the big stage. Scoring 39 tries in 25 games in 2015, Mosby-Gela was able to show off his lightning feet at the Auckland Nines earlier this year. While the Cowboys have a highly regarded backline, the loss of Tautau Moga, Matthew Wright and Jahrome Hughes as well as Kalyn Ponga announcing that he signed with Newcastle, Mosby-Gela is sure to move several spots up the wrung and right in line for a debut.

A Parramatta junior, Alex Twal has been fairly successful so far in the Eel’s juniors system. A sizeable prop, Twal has featured for both the Junior Kangaroos and the U20 NSW Blues in recent seasons. With the shock retirement of Danny Wicks, Twal is in line for a bench spot come Round 1.

Viliame Kikau, also known as ‘Bill’, moved to Penrith at the start of 2016 from North Queensland, arriving as yet another player to for his country (Fiji) before playing first-grade. Weighing in at 120kg and standing 196cm tall, he’s a big bopper. Despite his size, Kikau was a notable try-scorer in the Holden Cup, scoring 32 tries in 42 games for the Cowboys. The departure of Chris Grevsmuhl and Jeremy Latimore is enough for Kikau to move up the pecking order in hope of debut.

Poaching this young back-rower from Parramatta could be a masterstroke from head coach Michael Maguire. With the size of a second-rower and the speed of a centre, there’s no wonder that Fuimaono has represented the Junior Kangaroos and U20 NSW Blues in back-to-back seasons. As Maguire looks to resurrect South Sydney from their bottom eight finish, Fuimaono could be the man to lead the resistance.

If your club has Josh Dugan in their squad yet fans wants an uncapped youngster at fullback, you know he’s special. After finishing up his Holden Cup career in 2016, Dufty may emerge a legitimate contender for the Red V’s fullback spot if Josh Dugan does decide to move to the centres. While Dugan has an excellent running game, his passing game is lacking, assisting only one try in 2016. Dufty has no such problem, opening the door wide open for him to push his name for first-grade in 2017.

Roger the dazzler, Johnny the brute. They have the same last name, but they sure aren’t alike. While older brother Roger was using his feet to run around players, Johnny Tuivasa-Sheck runs through them. A hulking winger, ‘JTS’ scored the match-winner against Penrith in this year’s Holden Cup Grand Final. With Daniel Tupou under pressure to retain his spot in 2017, we could see fans of the tricolours chanting ‘Here Comes Johnny!’ by seasons end.

A Cook Islands international representative, Marsters also featured for the Junior Kiwis in 2016 in a sign there are big things to come for this kid. Big for a second-rower at 110kg, Marsters can also play lock as well as centre, versatility sure to see the kid feature in the NRL soon.