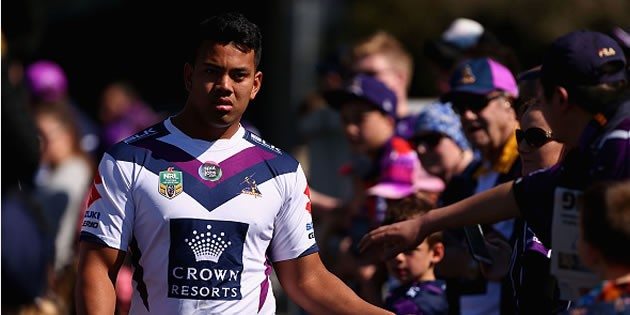 Melbourne Storm has agreed to terms with outside back Richie Kennar for the 2016 season.

The 20-year old local junior became the third Victorian to play for Melbourne Storm when he made his first grade debut in Round 13 against Penrith.

Building on his six games this season, Kennar is determined to lock down a permanent first grade sport for 2016.

Kennar has progressed through the Club’s development system playing for Storm U18 and U20 sides before graduating onto the Club’s NRL list in 2014.

Storm Football Director Frank Ponissi said, “Having come through the junior league and representative system in Melbourne, we were absolutely delighted to see Richie make his NRL debut this season.

“While Richie was pleased to play six NRL games for the Club in 2015, he has indicated he is extremely determined to consolidate a permanent position next season.”