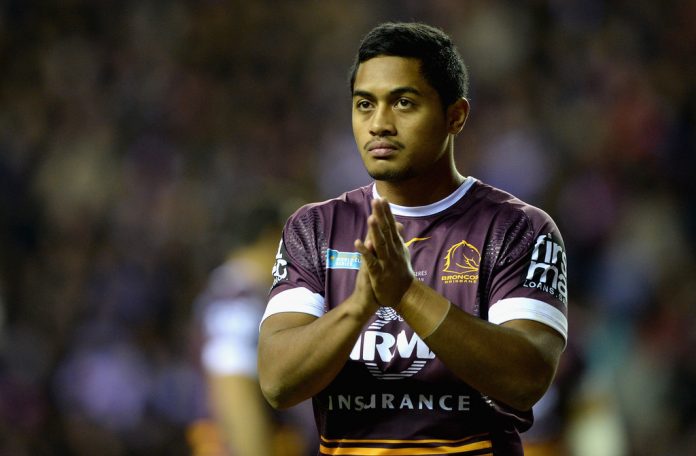 The Broncos entered 2015 on the back of a new era, due to the return of a very familiar mentor in the form of Wayne Bennett.

After a strong offseason of recruitment, hopes were high in Brisbane for a return to the days of glory.

Despite the positivity, there were plenty of questions posed. Would the Broncos rue releasing attacking weapons Ben Barba and Josh Hoffman? How would Sam Thaiday and Corey Parker perform?

The biggest question was how would Anthony Milford take to his new position? After the first 80 minutes, most wrote off Bennett and his talented, yet out of position, number six. They’d go on to eat those words.

In a season containing plenty of highlights, the 31-12 win over the Roosters in their home semi-final was arguably their brightest.

Although it has likely been forgotten, the Roosters were the Minor Premiers, and heavy favourites to win the title.

The Broncos, urged on by a massive home crowd, ended the Roosters season in brutal fashion on the back of a brilliant attacking display.

From the second minute, where SKD’s brain snap gifted a try to Darius Boyd, the Broncos were on a path to the Grand Final.

Season Lowlight: 36-6 Loss to South Sydney (Round One)

The obvious choice would be the Grand Final loss, but any side who comes within an extra time field goal of winning the premiership, probably had a fair season.

Their 36-6 opening night loss to the Bunnies was an absolute horror show. They were expected to put on a show in front of their own fans, while celebrating the return of Wayne Bennett, but they were terrible.

The Bunnies had their way with the Broncos. Such was the dominance that Bennett publicly called out Broncos legend Sam Thaiday, and there were reports his first grade career was in jeopardy.

Hindsight now tells us that the opening few rounds had it completely wrong in regards to how the season would end up, but on the night, the Broncos looked more like a side with a long season ahead, figuratively rather than literally.

We all know how the Grand Final ended, but truth be told, if not for the efforts of Ben Hunt, the Broncos wouldn’t have been there on that Sunday evening.

If not for Johnathan Thurston and Cooper Cronk, two possible future immortals, Ben Hunt would have walked into the QLD run on side, but had to make due with a bench position.

His stats make for good reading. 10 tries, 18 try assists, eight line breaks. His partnership with Anthony Milford became arguably the most exciting in the competition.

I hope he can move past his unfortunate error in golden point, as prior to that moment, Ben Hunt’s 2015 was nothing short of brilliant.

Very few players on the Broncos roster consistently underperformed. Those who had off games, came back to dominate in later games.

Unfortunately Maranta lost his spot due to his indifferent performances and never returned to the first grade squad.

Maranta may have scored plenty of tries, however it was his errors in defence that cost him his spot.

His hands let him down, and his judgement cost the Broncos points. Those errors ended up outweighing the tries he did score.

The junior Kangaroo and Tongan international, has size, strength, power, and a brilliant man managing coach on his side.

If he can stay fit, and focused, the sky is the limit on just how far he can develop.

He signed a two year contract extension with the Broncos despite some major interest from elsewhere. There’s plenty to like about this young prop. I don’t imagine tackling him would be.

Anderson claims the award by default, as the Broncos only other signing is leaving to embark on a religious mission for the next two seasons.

That being said, there are plenty of wraps, as there was plenty of interest, in the young backline prospect.

With Justin Hodges leaving the club, there is a backline spot available. Although Anderson is not an early favourite to win the spot, his name will be there or there abouts in the future.

Plenty in the know are tipping an Origin future for Anderson, although Wayne Bennett is unlikely to allow that talk to go to the youngsters head.

The Broncos have added a young gun to their squad, and although they have lost a mountain of talent officially, only Justin Hodges is a regular member of the first grade side.

Considering the age of the Broncos two most important players, their halves, it’s hard to see them not improving in the future.

Given the amount of carnage they caused this season, the idea of them improving their game is a scary prospect.

The club has been linked with a possible late bid for Ben Te’o. If they can somehow add Te’o to the current squad, and if they can replace Hodges, we could be looking at a dynasty here.

History will show the Broncos did not finish 2015 with the premiership trophy. History probably won’t show the incredible seasons they enjoyed.

Anthony Milford, after a terrible opening 80 minutes, repaid the faith shown in him multiple times over, and was arguably the buy of the season.

Ben Hunt and Andrew McCullough are better players now than they were 12 months ago, while Jordan Kahu emerged as a genuine contender for Justin Hodge’s centre position.

, despite losing an Origin star prop, should go some way to easing the pain of their grand final loss.

Knights recruit in line for extension