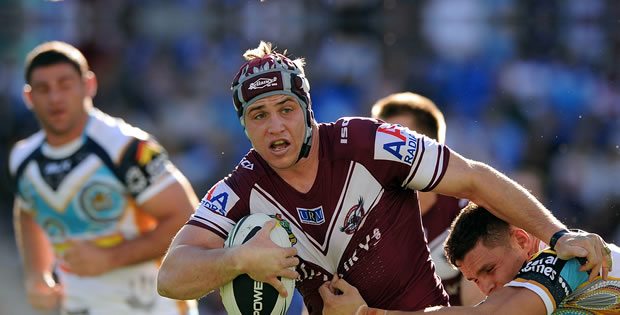 The Manly Sea Eagles are proud to announce they have recently secured the ongoing services of a number of key personnel until 2016 and beyond.

Forwards Jamie Buhrer, Brenton Lawrence and Tom Symonds have all committed to extending their stay at the Club, as well as flying winger and City Origin representative Jorge Taufua.

Sea Eagles General Manager David Perry congratulated the players for their efforts in 2014, as the club looks to continue on from the success of making their tenth straight NRL Finals series.

“Each of these players should be proud of their individual achievements in 2014. They’ve not only excelled with their performances on the field but also as role models off it,” he said.

“To retain each of these players despite interest from several clubs is a real coup. It’s all part of our evolving recruitment strategy to ensure our club remains highly-successful for many, many years to come.”

Finally, local brotherly-duo, Jake and Tom Trbojevic, have also extended their stay on the peninsula with deals ensuring they remain at the Club until the end of the 2016 season.

Sharks on track to qualify as worst finals team in NRL...

Rabbitohs
ROUND 19 STATS
62
Tackles Made
107
All Run Metres