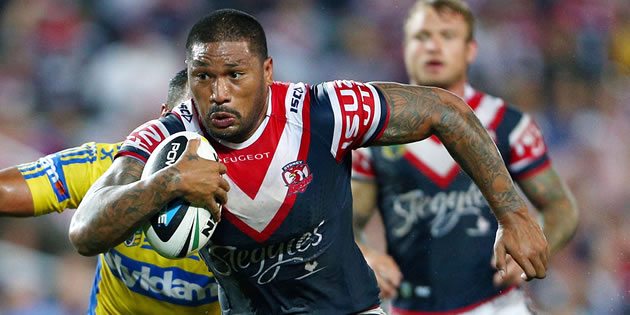 The Canberra Raiders have announced the signing of Sydney Roosters forward Frank Paul Nu’uausala on a three year deal commencing for the 2015 season.

Nu’uausala will join his new team mates next week for pre-season training in Canberra, in a bid to push his way into the Raiders starting 17 for the first round of the season.

The former Roosters wrecking ball has also played 15 tests for his native New Zealand and can play prop, lock or back row, giving the Raiders forwards more healthy competition for places in the NRL team each week.

Raiders Coach Ricky Stuart said the signing of Nu’uausala was fantastic for the club and they looked forward to him joining the team for training next weekend.

“Frank Paul is a wonderful player and we’re looking forward to him joining us and becoming part of the Raiders family,” Stuart said.

NRL legend names the star who ‘will become the game’s greatest-ever...