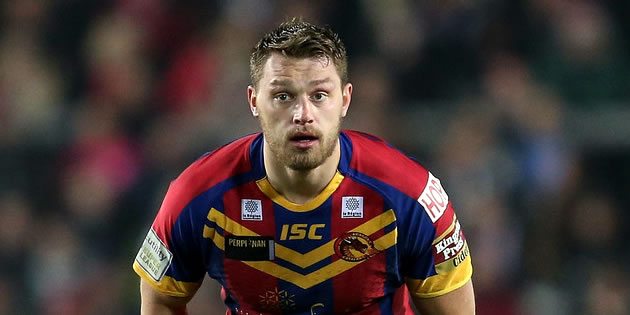 The Canberra Raiders have announced the signing of English international Elliott Whitehead on a two year deal from the beginning of the 2016 season.

Whitehead, 25, is currently playing in his second season for the Catalan Dragons in the English Super League after making his debut for Bradford in 2009 where he played five seasons and over 100 first grade matches.

In total, Whitehead has played over 150 matches at first grade level in his seven seasons at the top level in England.

Whitehead was part of the 2014 England Four Nations squad, where he played one match for the team, in their narrow 16-14 loss against New Zealand.

Raiders CEO Don Furner said the signing of Whitehead gave the Raiders another strong addition to their forward pack and he looked forward to having him join the team alongside fellow English international Josh Hodgson.

Knights recruit in line for extension