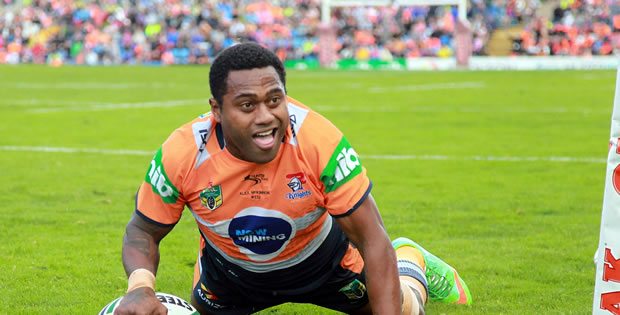 Don’t be surprised to see Ricky Stuart make a big bid for Newcastle Knights winger Akuila Uate for 2015. Uate is under contract to the Knights for next season but needs a change of clubs and may be released by the club.Stuart is desperate for more strike power in the outside backs and a switch to the Canberra Raiders could be just what the doctor ordered.Uate – currently out for the rest of the season with a knee problem – has clearly lost his mojo. Uncharacteristic errors have crept into his game and he has been targeted – with some success – by rival coaches.He is light years away from the form that saw him win State of Origin and Test honours a few seasons back and made him the NRL’s number one excitement machine.