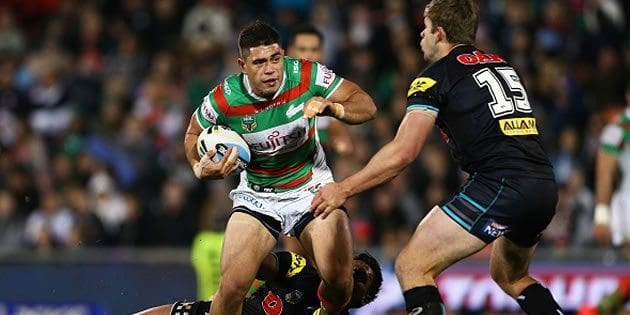 The South Sydney Rabbitohs have announced the signing of two Australian Schoolboys Rugby League talents today, confirming the extension of Chris Grevsmuhl’s contract for a further season, as well as announcing the signing of talented South Sydney junior Cameron Murray until the end of the 2019 season.

The Rabbitohs have enacted an option in Grevsmuhl’s contract which extends the 22-year-old’s contract for a further season, following a quality rookie season in the top grade.

Grevsmuhl, who represented the Australian Schoolboys in 2010, played 22 NRL games following his debut against the Brisbane Broncos in round one this year, represented the Indigenous All Stars, and was a member of the teams to claim the World Club Challenge and Auckland Nines titles before the season began.

Murray, at just 17 years of age, was a standout performer in the South Sydney SG Ball team that went through to the NSWRL under 18s Grand Final in 2015, playing back row and lock.

Rabbitohs Head Coach Michael Maguire is keen to see these two young talents develop their skills over the coming seasons.