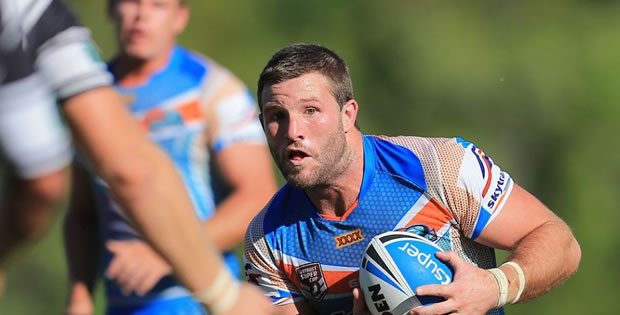 Leary, a local by birth [Mona Vale], moved to the Gold Coast at the age of one, before he began playing his junior football with the Nerang Roosters and Keebra Park High School.

He played two NRL games for the Cowboys between 2012 and 2013 before being released to the Pride on a full-time basis for the 2014 season.

His form for the Cairns based outfit was rewarded when he was selected in the Queensland Residents side in July. His performances caught the eye of Sea Eagles Recruitment Manager Dave Warwick who snapped up the hard-working, edge-back rower until the end of 2016.

Meanwhile, 21-year-old Brayden Wiliame joins the Kaspersky Sea Eagles from the Newcastle Knights, having previously played six games of NRL while at the Parramatta Eels in 2013.

The versatile back with vision and pace, penned a two-year deal with the club late last week.

Lastly, Zane Tetevano joins the Sea Eagles on a one-year deal, off the back of a strong finish to the NSW Cup season with the Wyong Roos.