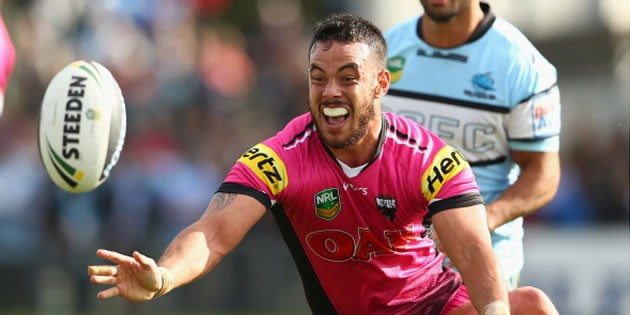 The Penrith Panthers have confirmed that Isaac John, Adam Docker, Ben Murdoch-Masila and Sam Anderson will not be with the club next season.

Read more from the press release below:

After starting his career at the Warriors, and spending a year with Wakefield Trinity, John signed with the Panthers in 2013. The playmaker notched up 26 games for Penrith and scored five tries. After stepping up in the halves for the NRL side this season, a shoulder injury prematurely ended John’s year.

Docker joined the Panthers in 2012, making his NRL debut in Round 24 that year, and went on to play 42 games for Penrith. Incessant injuries played havoc with the tough backrower’s 2015 season and he missed the NSW Cup side’s finals campaign through suspension.

After four seasons at Wests Tigers, backrower Ben Murdoch-Masila arrived at Penrith in 2014 and played six games in the top grade. An ever-reliable performer for the Panthers NSW Cup side, injury ruined the first half of his 2015 season and he couldn’t find his best form at the back end of the year.

Prop Sam Anderson left Newcastle for the Panthers in 2013 and made his NRL debut in Round 9 that year. He went on to play seven games in the top grade and, as the injuries stacked up at Penrith this season, he did an admirable job as captain of the NSW Cup side.