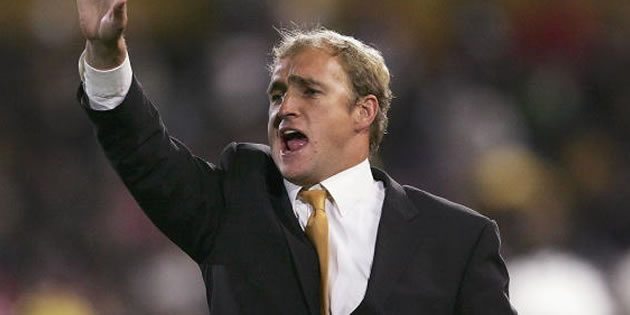 Beau Ryan has suggested that the Knights need former Tigers and Kangaroos Tim Sheens is the ideal replacement for Danny Buderus as Knights coach next season.

I can definitely some merit behind the calls for appoint Sheens. He is supremely experienced. Nothing the Knights could throw at him would be anything he hasn’t seen before.

That being said, the Knights need new and fresh ideas. They need Nathan Brown, or another young coach.

Newcastle have some major problems with their roster. The side is an unfortunate mix of older players coming toward the end of their career, and players too young and inexperienced to produce consistent performances.

Jake Mamo and Sione Mata’utia are both super talented youngsters, however neither have been allowed to settle in a position in 2015, and thus have looked all at sea at times.

I’d argue that Mata’utia has suffered from terrible second year syndrome, following his extraordinary 2014, which saw him earn a Kangaroo jersey.

I’d also argue it’s far from only his fault. He has played at fullback, in the centres, coming fof the bench and on the wing on multiple occasions this season, and has never been able to settle.

Jake Mamo, by all rights, should have played the majority of the season at fullback. He is a long-term option, and a brilliant one at that, and should have 15+ games to his name.

Dane Gagai has also been unsettled following a brilliant start to the season.

Joseph Tapine is another brilliant young player who has been forced to wait while no frills players like Christ Houston have played big minutes.

The Knights need to utilise their young talent, and stick by them, and I believe Nathan Brown is the best to mentor them.

Sheens has had a great career, his last year or so at the Tigers apart, and has mentored plenty of players, but the Knights are screaming out for something new and fresh.

Nathan Brown, at 42, is young in terms of coaching. That being said, he has plenty of coaching experience under his belt, having coached the Dragons, Huddersfield and St Helens.

He also took St Helens to a grand final victory, so he’s a proven winner.

Although it’s not a must have, Brown has 172 games of league experience as a player, meaning he would understand how the players think better than most.

Age-wise, he’s young enough to have new ideas, yet old enough to command respect from the playing group.

His reign at the Dragons as coach arguably came to an end due to the fact he was too young and too close to the players to make the tough decisions.

The Knights have an exciting team next season. Mamo at the back, with Mata’utia brothers, and Gagai across the back line, with Mullen and Hodkinson in the halves. Not to mention the likes of Tariq Sims and Joseph Tapine, who have huge futures.

Someone needs to come in, make the tough decisions, and allow their young talent to settle and develop.

Uate and McManus have provided great service to the Hunter, however it’s looking more like the time to move on to a younger crop.

Beau Ryan did make mention of Sheen’s success bringing through youngsters, but the game was very different five to ten years ago, and Sheens has not coached week-to-week since his stint at the Tigers ended.

The Knights need to get this decision correct, and I don’t think entrusting these youngster’s future to someone with older ideas, is the way to go.

Nathan Brown has been installed as the favourite to take over in the Hunter, and for very good reason.

Sharks premiership talk all the rage

Following their seventh win in eight games, there’s been a lot of talk in the papers and on social media about the Sharks possibly ending their premiership drought.

The Shire side has been mighty impressive over the past two months, and they have beaten the two I believe will finish first and second in the Cowboys and the Roosters, twice each.

If they were to beat the Storm on Monday Night, it would be hard to find a reason why they can’t venture deep into the finals.

As long as they don’t run into Manly, who seem to have a mental edge over them, it’s hard to see them not being there in the second week of the finals at worst.

The finals are a completely different proposition and I’m not 100% sold that the Sharks have the individual brilliance to break a finals game open.

That being said, they seem to be able to drag opposition teams into their type of footy, and there’s no one better at the grinding, niggly game that the Sharks.

I’ll remain on the fence here as to 2015, but if they had James Maloney in the side right now, in this form … probably best to leave the porch light on.

2016 could be the year of the Shark. They have to recruit well, especially in the front row, but who knows?

With news of the new television deal breaking, which will start in 2018 for the record, it has become apparent that the annual City/Country game will be scrapped.

Considering the amount of players who pull out of the contest, despite having no problems backing up for their NRL sides just a week later, I’m not sure it’s a huge loss.

That being said, this is a great opportunity for the NRL to take competition games to the bush.

Here’s hoping they follow through on their promise to support the game in the country.