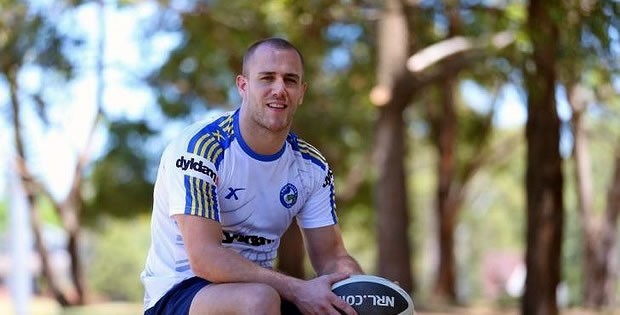 The NRL has seen a number of English forwards recently come over to the NRL and make the transition from the Super League, with Lee Mossop the latest player looking to succeed Down Under. The former Wigan Warriors star joins an esteemed list of Pom bruisers to have graced the NRL, putting his name alongside compatriots Malcolm Reilly, Brian Lockwood, Lee Crooks, Adrian Morley and James Graham in having now crunched opponents on both the northern and southern hemispheres.

The 25-year old made his long-awaited Parramatta Eels debut against the North Queensland Cowboys after recovering from a shoulder injury that the prop arrived in Australia with from his time with Wigan Warriors. The debutant wasn’t given an easy ride in his first appearance for the Eels, facing off against Cowboys State of Origin stars James Tamou and Matt Scott.

Massop admitted it had been a tough way to be introduced to life in the NRL but the Englishman made it clear he had thoroughly enjoyed testing himself against two of the world’s best forwards.

“Being thrown in at the deep end, against a New South Wales front-rower (Tamou) and a Queensland front-rower (Scott), to get in against them and see where I am in relation to the best players is the best way to test myself.

“I’m nowhere near where I want to be yet but I was happy with my first hit-out, how it went and it’s a bit of confidence knowing I played against two very good players.”

While Mossop was clearly nowhere near full fitness, it was an impressive first showing for a player who is still making his way back from a serious injury. Mossop had been playing with the injury for some time but delayed treatment as his career began to take off at Wigan under Shaun Wane, winning a hatful of trophies before making the decision to join a number of his countryman now plying their trade in the NRL.

With the Burgess foursome at Souths, Sam Tomkins with the Warriors, Gareth Widdop and prop Mike Cooper at St George, fellow prop Graham at Canterbury and centre Jack Reed at Brisbane, Mossop in the latest Englishman to play in the NRL.

In signing for Parramatta, Mossop became the third Englishman to play for the club, following on from Vince Fawcett and Chris Thorman. Three-quarter Fawcett made 14 appearances in the ARL during his time at the club in 1995/96 in the ARL while five-eighth Thorman left after playing 11 times for the Eels in 2004.

The sports news states that a number of other English Super League stars could be set to join the growing exodus in making the move to the NRL, with a number of top clubs keeping their eye on the northern hemisphere for the next Burgess or Graham. Mossop, meanwhile, will be hoping playing in the NRL helps catch the eye of England head coach Steve McNamara. After missing out on last year’s World Cup squad, Mossop will be desperate to get back into England contention by impressing for the Eels this year.