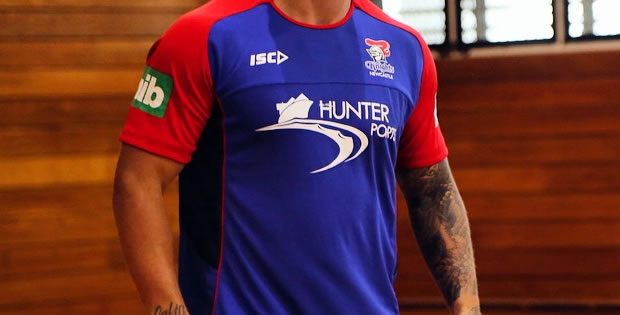 A new era kicked off on Monday for the Newcastle Knights with an unfortunate reminder of the club’s former owner, Nathan Tinkler.

Tinkler was forced to relinquish control of the Knights in June when he was unable to secure a mandatory $10.53million bank guarantee, but his controversial company, Hunter Ports, was retained as major sponsor until the end of the season.

‘‘Our 2015 training apparel will arrive in the first week in December, so we’ll just wear the 2014 kit in the interim, that’s all,’’ Knights chief executive Matt Gidley said.

Read more at the NewcastleHerald.com.au