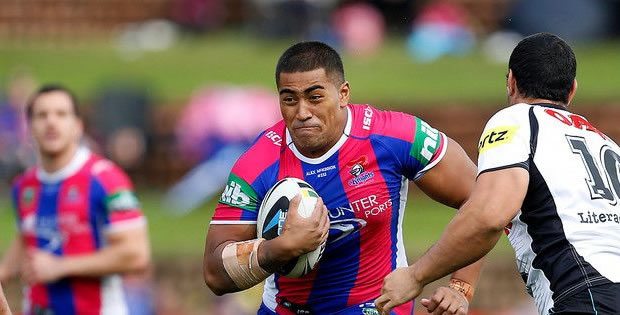 The Newcastle Knights have re-signed emerging forwards Sam Mataora and Paterika Vaivai, on a three and two year contract respectively.

“They have been outstanding this season and have a genuine opportunity to play regular NRL games next season.”

Mataora joined the Knights in July from the Canberra Raiders and has played all nine games since in NSW Cup.

The 23-year-old made his NRL debut in 2010 and has played 33 NRL games. In 2010, Mataora played for the Junior Kiwis and was named at second-row in the Holden Cup Team of the Year.

“Sam has size, speed and footwork with solid defensive capabilities and will continue to work hard on improving his game,” Stone explained.

Vaivai joined the Knights in 2012, playing in the Under 20s and winning the NYC Coaches Award before joining the full time squad for the past two years. The 22-year-old got his NRL chance in Round 9 this season.

“Pat has made sacrifices to improve his game and will take confidence out of this year into next season.”

The duo completed a promising 2014 season playing in the NSW Cup’s Grand Final against the Penrith Panthers.

Raiders forward Ryan Sutton ruled out for the season with MCL...