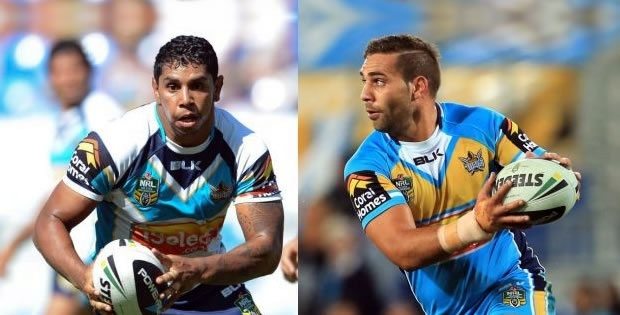 The Gold Coast Titans have agreed to release backs Albert Kelly and Maurice Blair to take up the opportunity to play together as halves in the English Super League.

The two players, who had a year remaining on their Titans contracts, have signed two-year deals with the English club to replace Australian halves of 2014 who were recently released, Travis Burns and Kris Keating.

“They were given a rare opportunity to play together as halves by Hull KR who were looking to fill their halfback and five-eighth positions and they get the security of two-year deals,” said Titans head coach Neil Henry.