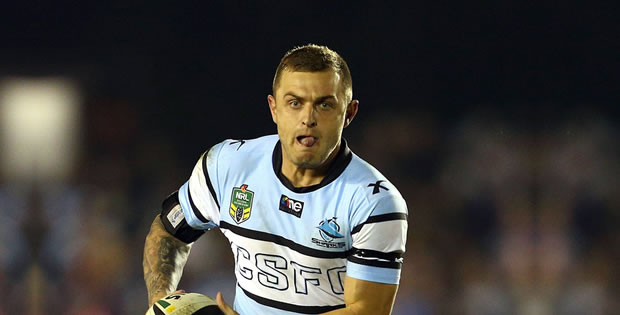 Gardner going Green
Reports that the 2010 Rookie of the year nominee, Nathan Gardner is set to link up with the man who originally fought for his signature at the Cronulla Sharks way back in 2009, Ricky Stuart. The 24 year old has undeniable talent, but is falling behind Sharks youngster Valentine Holmes in the pecking order and has been told to find a new club. The Canberra Raiders who have no regular fullback for 2015 are looking to snap up Gardner on a one-year deal.

Sharks looking at Willie
No, not Todd Carney’s… Big Willie Mason has been in talks with Cronulla to join their already strong forward pack. At 34 years of age Willie is still one of the most consistent forwards in the game and was even talked about for Origin just last year. Mason is contemplating retirement however and could leave his decision until very late in the season, but by all reports the big man will go around one more time.

Folau going nowhere
Israel Folau will NOT leave Rugby Union, at least not just yet. He has had an exceptional first season in the 15-man code and interest from the Canterbury-Bankstown Bulldogs and Parramatta Eels cannot persuade him to return to rugby league. The Waratahs have just secured 1st spot in the regular season with Folau topping the try-scoring list with 11.