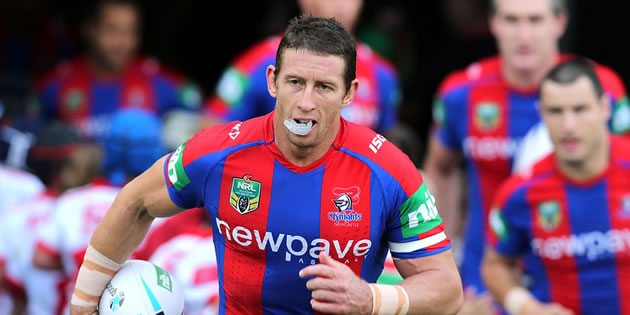 Newcastle Knights captain Kurt Gidley has made the decision to depart the Club at season’s end, signing a one-year contract (with the option of a second year) with the Warrington Wolves in England’s Super League.

A Newcastle local, Gidley made his NRL debut in Round 24 of season 2001 and has played a total of 236 NRL games to date to be the Club’s third most capped player.

Throughout a 15-year career, the utility boasts an impressive representative resume including 12 appearances for NSW Origin and 12 for Australia.

“I have been lucky, to grow up in Newcastle, to have my family’s support and to play for this great Club,” Gidley explained.

“I played at West Newcastle from seven years of age and then made the transition at 17 to play for the Knights, which was directly across from where I trained.

“I struggled to make the Knights juniors but I think that made me just work harder.

“So to play in my hometown as long as I have, to play alongside my eldest brother, have my family support at home and away games, as well as captain the club has just been a huge honour.”

“I swear it wasn’t me”: ‘Fake tweet’ circulates as John Bateman...