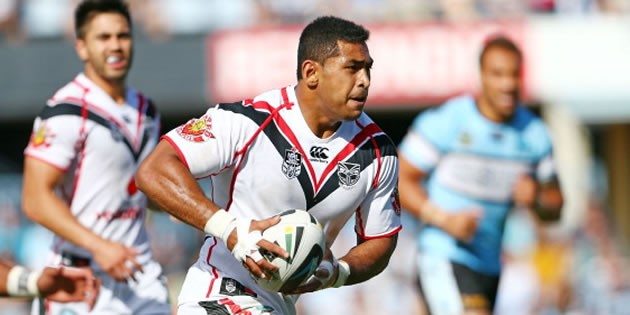 The St George Illawarra Dragons announced on Wednesday that Sebastine Ikahihifo has agreed to terms on a two-year contract that will see him join the Club from next season until at least the end of 2017.

Ikahihifo, 24, who can play throughout the forward-pack, is presently contracted to the New Zealand Warriors and has played 39 NRL games to date.

The Mangere East junior was part of the Warriors back-to-back National Youth Competition Premiership-winning team (2010-11) as well as a two-time Junior Kiwis representative (2010-11).

“Sebastine is an exciting young forward who boasts attributes including both a powerful running game and is very strong defensively,” said Dragons Director of Recruitment and Retention Peter Mulholland.

“He has been a regular part of the Warriors pack this season and will add valuable depth to the squad next season.”