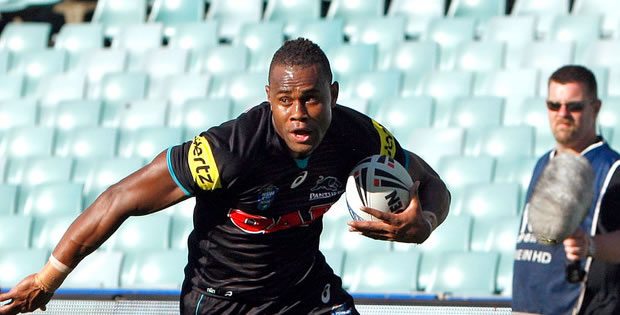 The St George Illawarra Dragons have announced that Eto Nabuli has agreed to terms on a one-year contract that will see him join the Club until at least the end of 2015.

The Fiji Bati international can play on the wing and was part of this season’s successful Penrith Panthers team which won the NSW Cup Premiership.

“Eto is a young and exciting talent who will have the opportunity this pre-season to continue his development here at the Dragons,” said Head Coach Paul McGregor.

“He has scored some great tries since playing competitively in the NSW Cup and possesses both speed and raw talent.”

Furthermore, the Dragons have announced that both Nathan Green and Yaw Kiti Glymin have agreed to respective one-year contract extensions that will see them remain at the Club until at least the end of 2015.