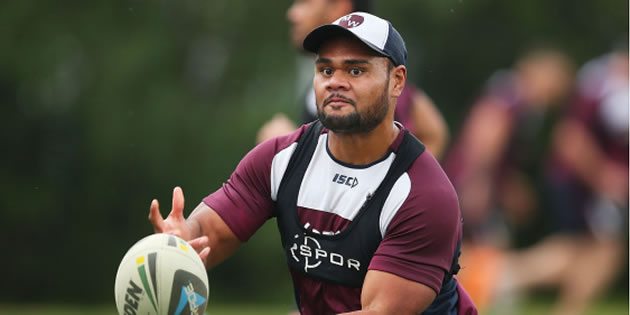 The St George Illawarra Dragons announced on Wednesday that Dunamis Lui has agreed to terms on a two-year contract that will see him join the Club from next season until at least the end of 2017.

Lui, 25, who can play up front and in the second-row, made his first-grade debut for the Brisbane Broncos against the Dragons in Round 5 of the 2010 campaign.

The Samoa international, who has been capped four times, is presently contracted to the Manly-Warringah Sea Eagles and has played 70 NRL games to date.

“Dunamis is a valuable acquisition who offers a lot of versatility to the overall squad for next season,” said Dragons Director of Recruitment and Retention Peter Mulholland.

“He is an experienced middle player who provides the qualities being sought after by Head Coach Paul McGregor.”

Broncos
ROUND 20 STATS
17
Tackles Made