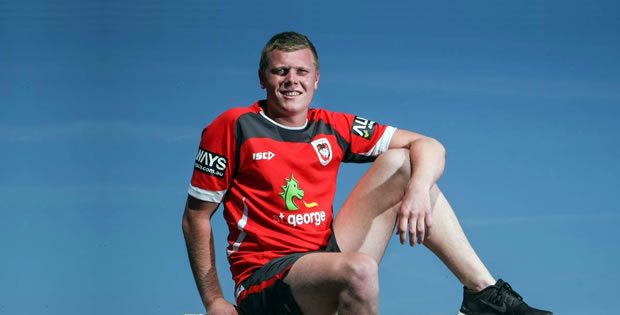 The St George Illawarra Dragons announced on Tuesday the re-signing of National Youth Competition team five-eighth Drew Hutchison until at least the end of the 2017 season.

The local Albion Park Oak Flats Eagles junior is a graduate of the Dragons High Performance Unit and is in the midst of his second season with the Under 20’s team.

“I am really pleased to have re-signed with my childhood Club who I have represented since junior levels,” said Hutchison.

“My main focus now is to continue my development and I’m fortunate to be able to do that under the guidance of both Paul McGregor and the advice from the other senior players around me.

“I have learnt a lot since being invited to train alongside the first-grade squad and hope to someday follow suit by wearing the Red V jersey at NRL level.”

Hutchison becomes the sixth NYC player to be re-signed by the Club in recent weeks.