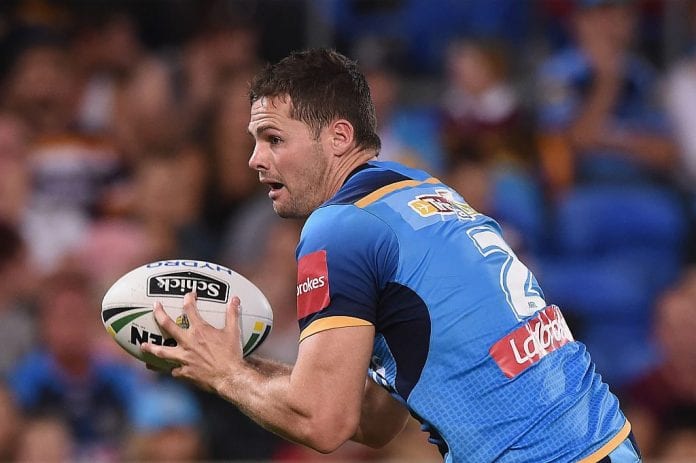 The Gold Coast Titans are pleased to announce that winger Anthony Don has re-signed with the club for the 2017-18 seasons.

The 28-year-old, who didn’t make his NRL debut until age 25 in 2013, said he was relieved to have his future decided so early in the season and was looking forward to trying to play a part in the improvement of a young squad.

“I love the Gold Coast and the Titans and would love to be a one-club man,” Don said today.

“I wasn’t looking to go anywhere else and now I can concentrate on the rest of the season and winning my spot back in the team without the distraction of worrying about my contract situation.”

Don has an impressive strike-rate of 30 tries in 52 NRL appearances. He scored two in the first eight rounds this season before making way for Nathan Davis in Sunday’s loss to Melbourne Storm.

Titans coach Neil Henry says Don is a valuable squad member and excellent clubman who proved to be a fine NRL finisher and consistent performer.

Expansion all but confirmed, but winning bid still undecided