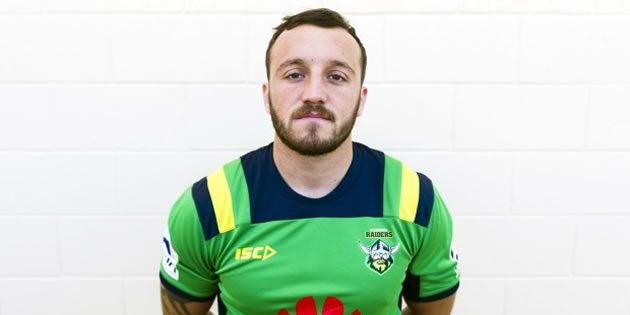 There are 11 players moving to the NRL from the Super League this year. Three of those are English and the rest are former NRL players returning down under. Some after a decade absence.

So what do these arrivals mean for those fantasy players out there? Let’s take a look at each of the signings.

Josh Hodgson is probably the most high profile of the Super League signings – and that’s not saying much. Despite not being a household name, he recently debuted for England in the Four Nations and made headlines after barging through a college student’s door drunk. The Raiders were struggling to attract players and they finally got their man from overseas. He should walk in to their starting lineup but his minutes will be determined by who Ricky decides to play as a utility on the bench. Hull KR’s top tackler for 2014 could become a handy workhorse if he can get used to the pace of the NRL after struggling slightly in the Four Nations. He also topped the try assists count and 10 tries in 19 appearances, but it’s worth noting that we haven’t seen an English hooker succeed in the NRL – remember Scott Moore anyone?

Broncos recruit Greg Eden will struggle to crack the Broncos’ starting side for Round 1 but will contend to be the Broncos’ Mr Fixit off the bench. The Pom has struggled in the heat so far so will take a while to find his feet. After being likened to Billy Slater there is a lot of pressure on the kid, but a year training with the squad will do him a world of good. He has scored 33 tries in 65 games for four clubs; Hull KR, Castleford, Salford and Huddersfield. Won’t see much first grade this year, but worth keeping an eye on.

Ben Crooks is an interesting signing. Unlike Eden and Hodgson, there hasn’t been a lot of fanfare about his decision to leave his home country as a 21 year old to try his hand at the NRL. In 44 appearances for Hull KR he has scored 32 tries and kicked 26 goals. If Chris Sandow gets dropped and Crooks is in the side then he will likely step into the kicking role over the inconsistent Joseph Paulo. He still has to nudge ahead of experience campaigners Ryan Morgan, Beau Champion and Brad Takairangi.

Of the returning players Iosia Soliola will probably make the most waves. The experienced former Rooster scored 10 tries in last year’s Super League and could become a handy edge runner the Raiders require to support Josh Papalii. He has a history with Ricky Stuart, having been given his start by Ricky at the Roosters back in 2006. He will be looked to as a forward leader by the young Raiders forwards and should cross the try line at least five times this year.

After a highly successful stint in the Super League scoring 34 tries in 77 games, Storm signing Blake Green could get a start alongside the Big 3 which is great for him, but no one scores points outside of those three. See Ben Roberts. Avoid in your fantasy team.

At the Dragons, Kris Keating returns to Australia after only eight appearances for Hull KR before getting homesick. He could scrap a bench spot but he will hardly be fantasy relevant unless number one rake Mitch Rein gets injured.

Eddie Pettybourne is the other returner who should get a start at the Titans, but that doesn’t mean much in fantasy footy. He was lazy in the past and will be lazier now. Avoid.

Josh Drinkwater returns to the NRL after a season in the Super League with the London Broncos. He was let go by the Broncos at the beginning of 2014 to find more regular game time in the Super League where he featured in 25 games and scored 136 points (five tries, 58 goals). Now signed with the Tigers he will find himself amongst a glut of young talent and might not see much first grade again.

Raiders junior Sam Williams has made a long trip from Canberra to Wollongong, to the south of France and back to Canberra where he can continue his summer tan. It didn’t work out for Williams when the Dragons signed Benji and he ventured to the northen hemisphere where he only played three games before linking back up with the Green Machine. Williams will play backup to Blake Austin and Mitch Cornish and will only see game time due to injuries.

34 year old prop Willie Manu returns to the NRL after 10 years overseason. The tough Tongan prop will play a similar style to Sam Moa without the minutes and involvements, so don’t expect too many fantasy points from him initially.

After three years playing for Salford, former Rabbitoh Shannan McPherson has signed with the Eels and his signing is just about the only time we will hear about this mediocre forward.

Will any of these guys be on your fantasy radar in 2015?

Make sure you check out www.nrlceo.com for the best fantasy rugby league draft on the planet.