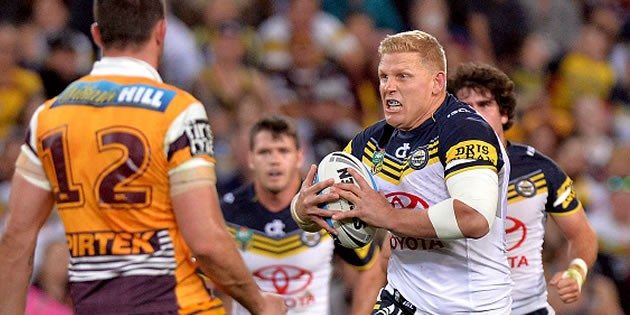 The North Queensland Toyota Cowboys have continued to consolidate the experience of their roster while keeping one eye firmly on the future with the re-signing announcement this week of four players.

Experienced front-rowers Scott Bolton and Ben Hannant have recommitted to the club for two years and one year respectively, upcoming half Kyle Laybutt has signed for two years while former Cowboys National Youth Competition Player of the Year and hooker Josh Chudleigh has agreed to a one-year deal.

“These are very good signings for us, as we’ve managed to retain invaluable experience in the forwards, while with Josh and Kyle, we’ve managed to keep two of our most promising young players, with both playing in key positions,” said Cowboys General Manager – Football Peter Parr.

“Benny and Bolts have had outstanding years this season, and we’re thrilled to have been able to retain them beyond 2015.”