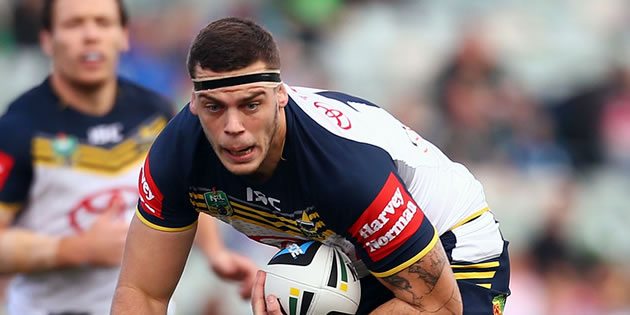 One of the Cowboys best up-and-coming forward prospects, Ethan Lowe, has extended his contract with the North Queensland Toyota Cowboys until the end of the 2016 season.

“Ethan has a bright future in the game and we’re delighted that he will continue his career with the Cowboys,” Parr said.

The hard running back-rower made his debut for the Cowboys against the Titans in round 12, 2013, and has played all games in the top grade for 2015.

“I’m very happy to be extending my contract here at the Cowboys, and look forward to continuing a big season with the boys,” Lowe said.

Cowboys
ROUND 20 STATS
42
Tackles Made
103
All Run Metres