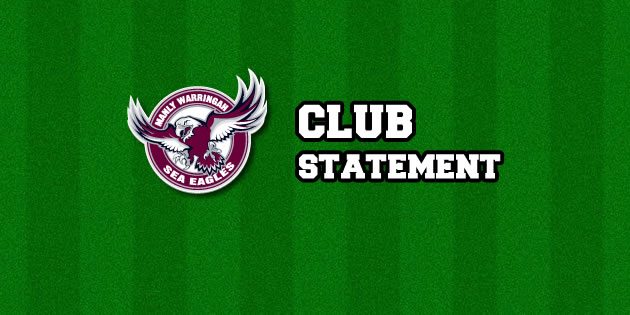 The Manly Sea Eagles have met with Geoff Toovey and mutually agreed that he will remain as coach until the end of the 2015 season.

The club will honour Toovey’s contract in full until the end of the 2016 season.

Former St George-Illawarra, NSW Origin and Australian Test five-eighth Trent Barrett will be the new Sea Eagles coach for the next three years from 2016.

Manly Warringah CEO Joe Kelly thanked Geoff for his service and commitment to the club.

“Geoff has been an influential figure within the Sea Eagles organisation for almost three decades. His contribution on and off the field is unprecedented, and he will always be one of the club’s favourite sons,’’ Kelly said.

“Geoff and the club remain firmly committed to finishing this season off on the highest possible note.”

Out of respect for the club and Geoff Toovey, Trent Barrett will be making no comment until the season has concluded.