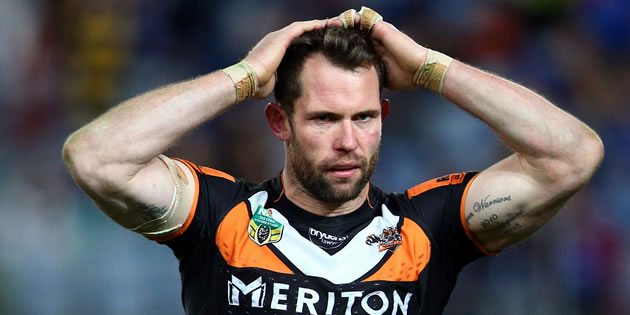 Wests Tigers winger Pat Richards will leave the club at the end of the season to join Super League outfit Catalans Dragons on a two-year deal.

The 33-year-old, who was part of the 2005 premiership-winning side, returned to the club last season following on from an eight-year stint with the Wigan Warriors.

“The opportunity to come back to the Wests Tigers has been great and I’ve really enjoyed it,” Richards said. “I loved playing for the club again — it’s been outstanding — and it’s just another opportunity for me now to live in another place and experience another culture, and that’s something I’m looking forward to.

“I’d like to thank all the Wests Tigers fans and teammates over the last two years, for welcoming me back after being away for so long.

“My main focus remains on finishing the year off strongly with Wests Tigers.”