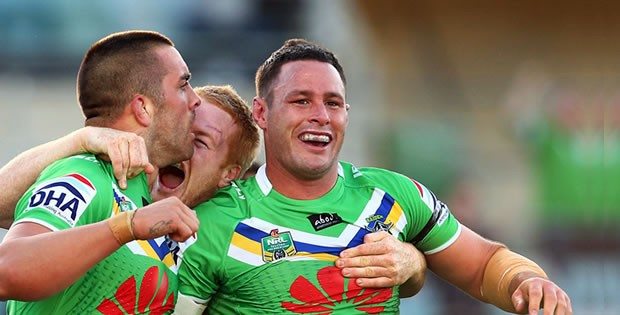 Canberra Raiders prop Brett White has announced today he will retire at the end of the 2014 season, after playing over 190 NRL matches for the Canberra Raiders and Melbourne Storm.

White said the timing of today’s announcement felt right for him and said he had no regrets on a career that’s been full of highlights.

“It’s a decision I’ve thought about for a long time and one that I probably made a while ago, but it’s taken me a while to come out and say it,” White said.

“I told the boys at training this morning which was pretty tough, but I feel lucky as I’ve been able to do just about everything in the game. I’ve had ten years of first grade and have loved every minute of it.”