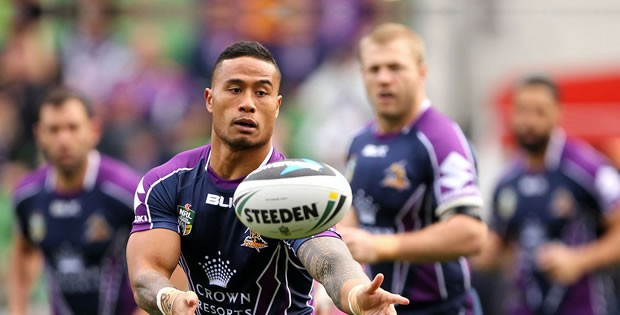 Castleford Tigers is delighted to announce the signing of Ben Roberts from NRL side Melbourne Storm on a two-year deal from the start of the 2015 season.

Roberts, who is a New Zealand-Samoan international, joined Melbourne in January after a two-year spell at Parramatta Eels, but will link up with the Castleford squad over the winter. The agreement includes an option for a third year.

The half back has made over 130 appearances in the NRL, but is looking forward to switching to the First Utility Super League after speaking to friends about the competition, club and country.

“I only signed at the Storm for one year, and we were not quite sure what I was going to do after this year, in terms of hanging around or possibly going overseas,” said Roberts.
“I suggested to my manager that we should have a fish out and about, just to see what was out there.

“It just so happened that Castleford came in the picture, so I was trying to find out a bit of information about the club. I heard nothing but good things about the club, and they came from people who had played there in the past.”