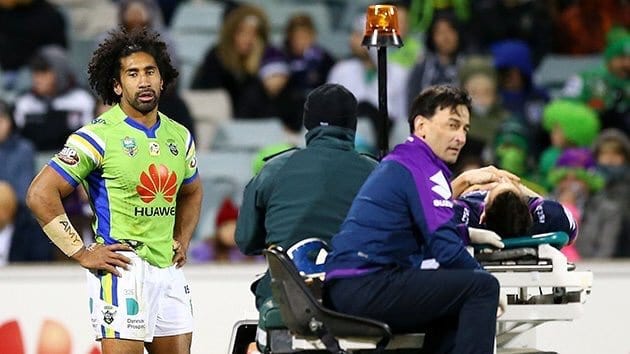 South Sydney enforcer George Burgess copped a nine-match ban that will see him out the remainder of the NRL season for an eye gouging incident against former teammate Robbie Farah.

The nine games is the longest since the 2012 NRL Grand Final on James Graham for biting. And so we've counted down 10 of the biggest bans handed down in league history:

In a moment of madness in 2017, Canberra's Soliola copped a five-match banning for a late, high shot on Melbourne's Billy Slater.

The incident ended Slater's night, who had to be stretchered off in a bad way.